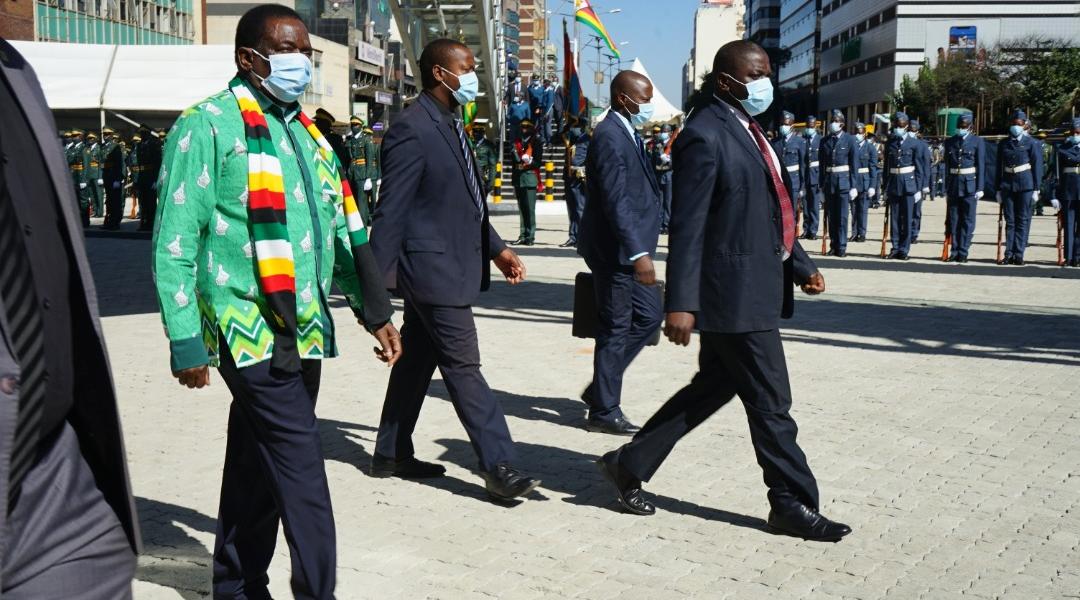 President Emmerson Mnangagwa says his government shall continue pushing the British to repatriate the First Chimurenga icon, Mbuya Nehanda’s skull which was taken as a war trophy to a London museum over a century ago.

Mnangagwa announced this in Harare on Tuesday as he led the unveiling of the spirit medium’s statue in central Harare. He said:

We shall… continue to discuss to bring back her skull which was taken to the United Kingdom alongside others.

Several remains believed to be of First Chimurenga heroes and heroines shipped as war trophies to Europe are still to come back home despite the government’s protracted efforts during past years.

The event, which was made to coincide with the country’s Africa Day commemorations, was witnessed by hundreds of people, the majority being ZANU PF supporters.

The controversial Mbuya Nehanda statue, which gobbled hundreds of thousands of US dollars to erect, was constructed at the intersection of Samora Machel Avenue and Julius Nyerere Way in central Harare.

Mbuya Nehanda is famous for organising and inspiring nationwide resistance to colonial rule during the First Chimurenga of 1890-7.

At the end of the rebellion in 1897, she was captured and found guilty, leading to her execution by hanging.

During her execution, Nehanda warned her captors that “my bones shall rise” and the words are believed to have inspired the country’s protracted 1960s to 70s Second Chimurenga which eventually delivered independence in 1980.

One Comment on “Mnangagwa Goes After Mbuya Nehanda’s Skull”