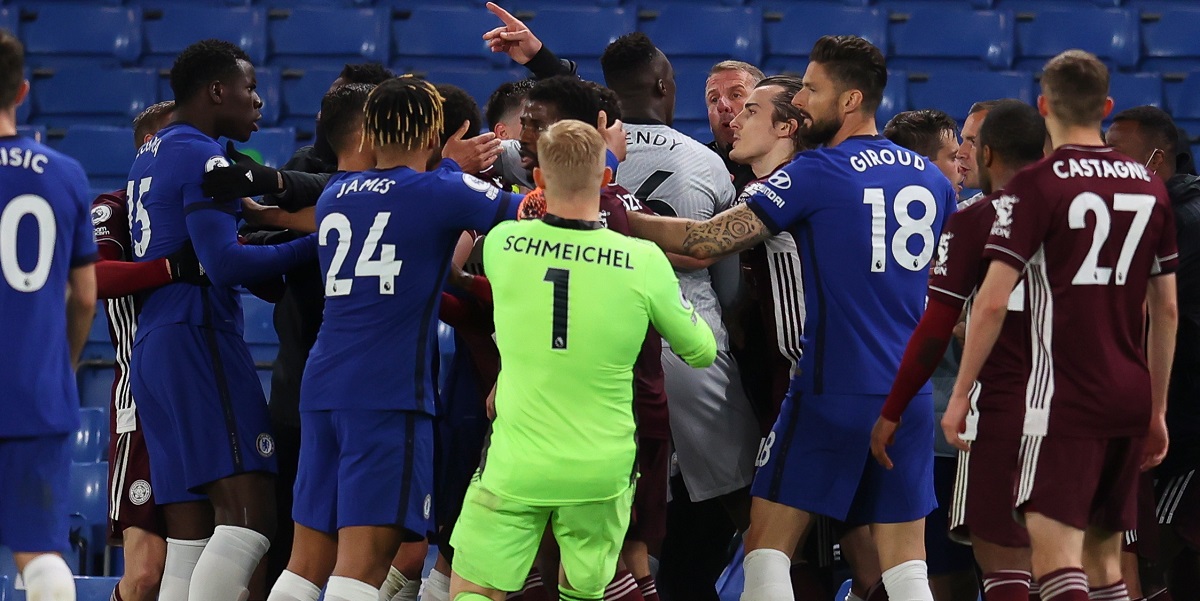 Chelsea are facing the prospect of a points deduction after again being charged with failing to control their players towards the end of their 2-1 victory over Leicester at Stamford Bridge on Tuesday night.

This is the seventh time in seven years Chelsea have been involved in mass indiscipline of their players.

Leicester have also been charged for their part in the fracas, which saw players and coaching staff clash on the touchline following Ricardo Pereira’s challenge on Ben Chilwell.

Chelsea have a poor record that they were warned in July 2016 that they faced a points deduction after appealing against a £375,000 fine levied against them for their part in a mass bust-up during a game with Tottenham two months earlier.

Since then, they have been charged twice more with failing to control their players but escaped with fines and warnings about their future conduct.

A former FA employee, with knowledge of the disciplinary process, said: “It seems there’s an issue within the club.”

Chelsea and Leicester have until Tuesday to respond to the charge.

Points deduction could have major implications for Chelsea who are heading into the final day of the campaign chasing a top-four spot.

Leicester of course are one of the clubs vying with the Blues for a place in the Champions League next season, while Liverpool sit between both sides in fourth.

A win at Aston Villa will be enough to secure Chelsea’s spot, and boss Thomas Tuchel has faith his players will thrive with everything at stake.