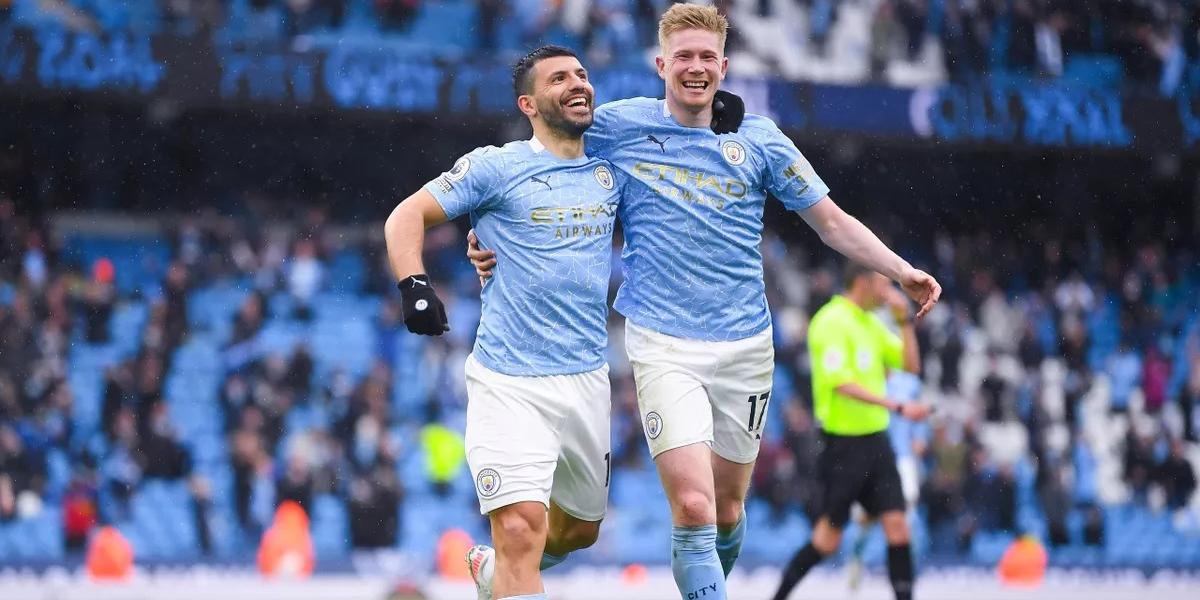 Sergio Aguero sealed his Manchester City Career with a brace that enabled him to break Wayne Rooney’s record of scoring most Premier League goals for a single club when City clashed with Everton Sunday.

City ended the Premier League campaign with an emphatic 5-0 win over Everton at the Etihad Stadium.

The Argentian striker came off from the bench in the second half to make his last appearance for City in front of the Cityzens (Manchester City fans).

Aguero who is City’s all-time top goalscorer is leaving the club he joined from Atletico Madrid in 2011.

Meanwhile, Kevin De Bruyne who is set to be the new leader at Etihad is the one who started the scoring against Everton before further goals from Gabriel Jesus and Phil Foden put City out of sight.

Aguero then took centre stage with his two efforts, taking his Premier League tally to 184 goals.

Aguero’s departure has prompted City to start looking for a replacement with Tottenham Hotspur’s Harry Kane saying he would be interested to play with Kevin Debruyne at Manchester City.

Gylfi Sigurdsson missed a first-half penalty for the visitors, in a moment that summarised their uninspiring performance.