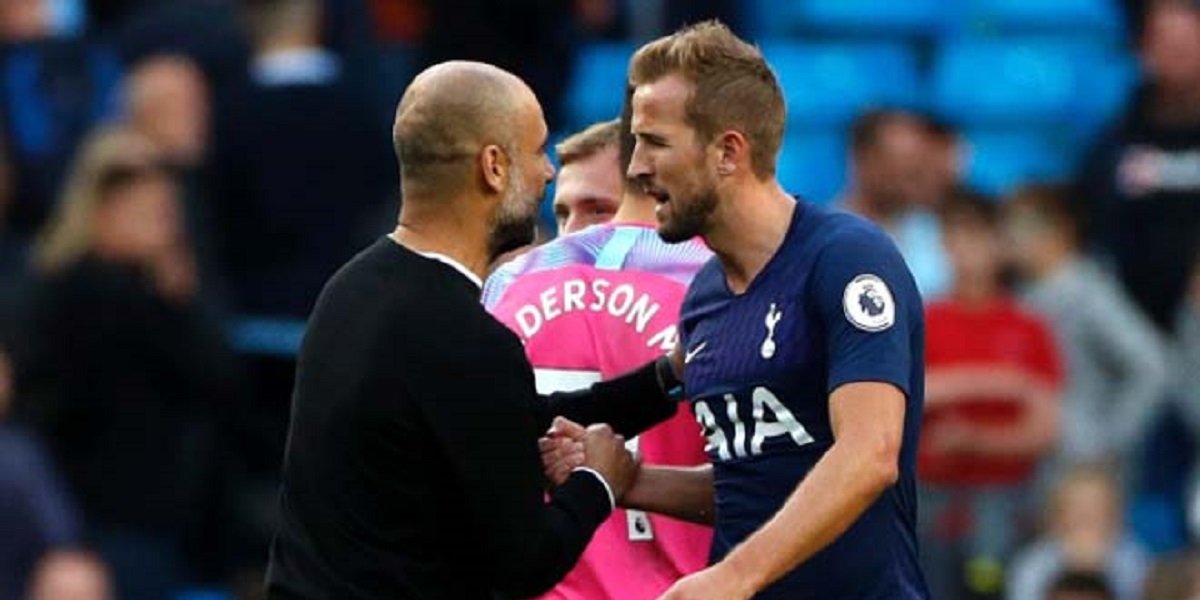 Manchester City coach, Pep Guardiola has refused to comment on remarks by Tottenham Hotspur Harry Kane that gave an obvious hint that he would love to join the English Premier League Champions.

Kane had said it is every striker’s dream to play alongside Belgian midfield maestro, Kevin Debruyne who plies his trade for Manchester City. Kane had said:

_When I watch De Bruyne play he’s a special, special player. Some of the balls I see him put in for Manchester City are a striker’s dream if I’m honest. An outstanding player with the ball, pressing, his delivery is as good as I’ve ever seen._

Asked to comment on the remarks, Guardiola maintained that Kane was a Tottenham player therefore he would not like to talk about him. He said:

_He’s a player for Tottenham, it’s not correct for me to talk about that._

Asked whether having players like De Bruyne is a big asset in terms of attracting other stars on the transfer market, Guardiola also refused to be dragged into the Kane discussion saying he was focusing on the Manchester City v Everton Sunday’s game. He said:

_I know you are relating it but I don’t want to talk about it. It’s a game for Sergio, we want to respect the competition._

_Everton are playing for Europe. Then we have the Champions League, so it’s not nice for me to talk about that right now_

Manchester City are looking for a replacement for Sergio Aguero and Kane is one of the top strikers who have been reportedly on the Spanish coach’s radar although Guardiola has not admitted in the public, yet.