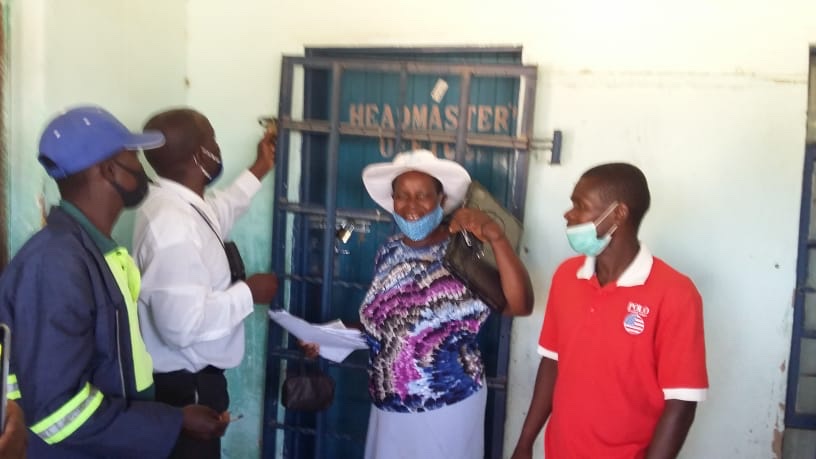 The School Development Committee (SDC) at Guni Primary School under Chief Makore in Gutu last week locked the school head Violet Mawere and her deputy Lovegod Munago out of their offices, accusing the duo of corruption.

The offices were locked last week on Tuesday at the end of an SDC meeting, with parents accusing the two of abusing school funds.

The Acting Provincial Education Director, Shylatte Mhike said she did not have a report on the matter when Masvingo Mirror called her.

Munago allegedly withdrew $15 000 from the school account in Masvingo for the procurement of cement and Grade 7 textbooks but only handed over $4 000, triggering the action by the parents.

Maria Mubayiwa, the SDC vice-chairperson confirmed the development. She said the decision was taken after meetings with Gutu Rural District Council which runs the school and the District Schools Inspector, Ronald Muganhu. Said Mubaiwa:

We have locked the offices and taken away the keys and we have reported the matter to relevant authorities. We are tired of the abuse of resources at the school so these offices will not open until the Ministry takes its two teachers.

We met officials at Gutu RDC and the District Schools Inspector and we submitted letters listing our grievances to them.

… We were shocked to hear from Gutu RDC that the school is not paying its dues to the local authority.

Meanwhile, Muganhu said he knew nothing about the issue although he held a meeting with the parents.

This is not the first time that the head and her administration has been involved in running battles with parents over the abuse of school funds.