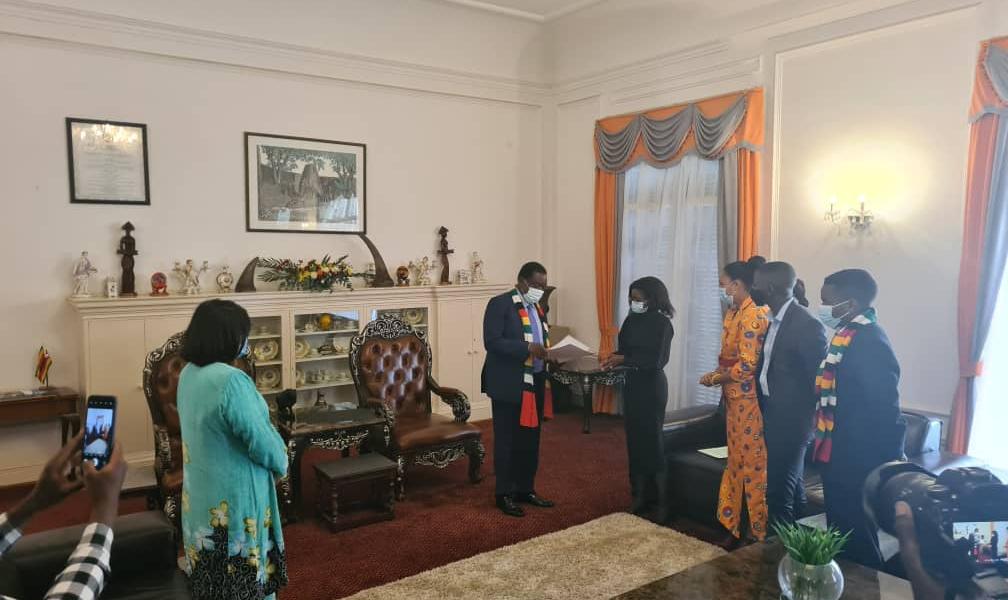 President Emmerson Mnangagwa has handed over the Doctorate for the late former Minister of Transport and Infrastructural Development Dr Joel Biggie Matiza to his family on Thursday morning at State House.

Matiza had obtained a Doctorate in Business Administration (DBA) from the Binary University of Management and Entrepreneurship, Malaysia, in collaboration with Chinhoyi University of Technology on December 15 last year.

Matiza’s wife, Lilian received the Doctorate on behalf of the family. President Mnangagwa described the late Dr Matiza as an intelligent man.

Matiza’s sons, Joel and Joseph and the Charge d’affairs of the Malaysian embassy in Zimbabwe Ms Tan Tsiu Yinn, also attended the ceremony.

Matiza died from COVID-19 on 22 January 2021, during the second wave of the pandemic in Zimbabwe.

His death came just two after fellow Minister Sibusiso Moyo had succumbed to the coronavirus.

Matiza was hospitalised a week before he died. He became the 4th minister to succumb to the respiratory illness.

The other two are Perrance Shiri (Agriculture) and Ellen Gwaradzimba ( Provincial Affairs and Devolution for Manicaland).