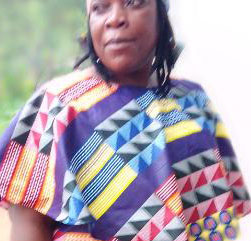 A ZANU PF councillor in Mberengwa was allegedly assaulted by two male ward committee members following a misunderstanding over the arrest of one Marvelous Hove.

Nokuthula Ndlera, the councillor for Ward 12, reported Edmund and Ferdinand Gumede to court for allegedly assaulting her and stealing her phone.

Ndlera who is also a teacher at Mabika High School in Mberengwa reported the matter on 12 April 2021.

Masvingo Mirror reported sources as saying the case was referred back by the prosecutor to the police for further investigations.

A senior Police officer who spoke to the publication on condition of anonymity also confirmed the same.

Meanwhile, Ndlera said that she was assaulted by the two after asking them why they had apprehended Marvelous. She said:

They began assaulting me after I demanded to know who they were and why they apprehended Marvelous. They were not wearing ZRP uniforms and they only want to stir trouble.

Investigations are reportedly being carried out by one Sergeant Nkululeko Ncube.

The prosecutor also wants a key witness identified as Marvelous Hove to make statements before the case can be brought before a magistrate.

Gumede has, however, refuted any allegations of assaulting the councillor.

He told Masvingo Mirror that there is a case of bicycles that were stolen from Mabika School and powerful politicians were involved.