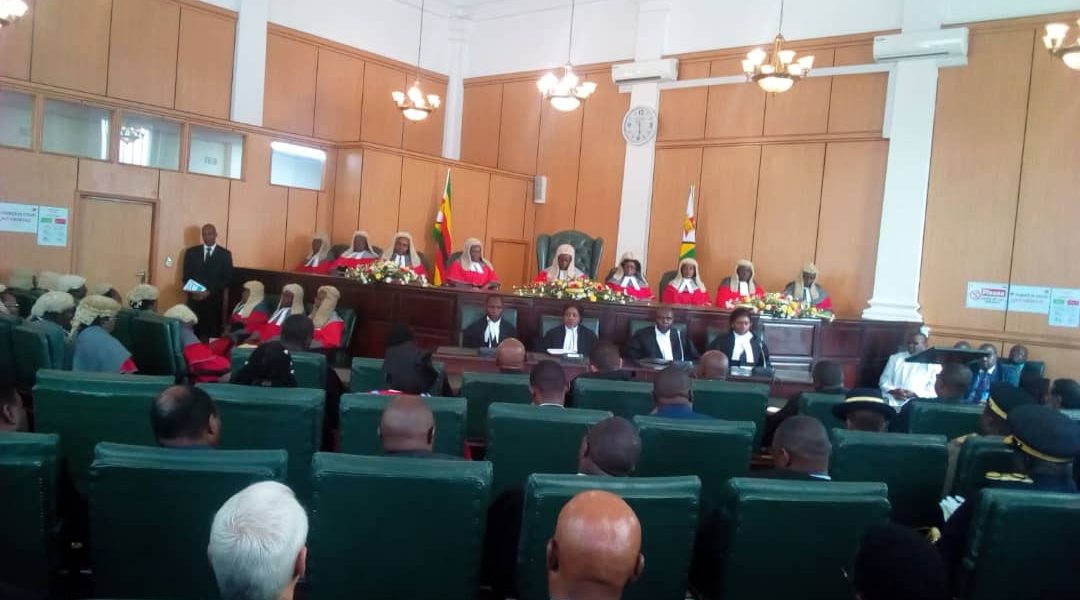 Official opening of the 2020 Legal Year at the Constitutional Court

Coltart said this after President Emmerson Mnangagwa said his government respects the independence of Zimbabwe’s judiciary.

Posting on Twitter this Wednesday, Coltart said Mnangagwa has to do at least three things to show that he means what he said.

Mnangagwa has to fire Justice Minister Ziyambi Ziyambi, accept that there is a constitutional crisis in Zimbabwe, and introduce legislation to reverse Constitutional Amendments 1 and 2. Wrote Coltart:

I am afraid that the current Constitutional crisis will not be resolved by mere words. It needs actions to prove that the Constitution will be respected and the independence of the Judiciary respected. These actions include…

Firing the Minister of Justice for his intemperate remarks which have greatly damaged the independence & integrity of the judiciary;

Accept that there is a Constitutional crisis – an imbroglio- which can only be resolved if the attempt to foist Judge Malaba as Chief Justice is abandoned;

Accept that both Constitutional Amendments 1 & 2 have undermined the independence of the Judiciary & resolve that by introducing legislation to reverse these amendments, to restore the status quo ante.

If this action isn’t taken the statement issued about the independence of the Judiciary will simply be viewed as smoke and mirrors.

Yesterday, Mnangagwa said his administration respected the decision on former Chief Justice Luke Malaba’s case made by the High Court on Saturday.

This was after Ziyambi had threatened unspecified action on three High Court judges – Justices Happias Zhou, Jester Helena Charehwa and Edith Mushore – who ruled against the extension of the former Chief Justice’s term of office by five years.