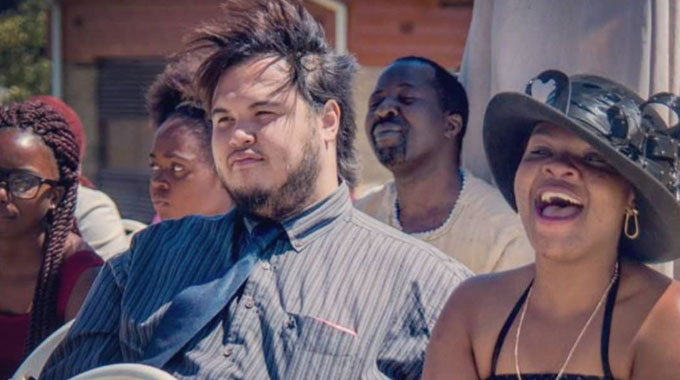 Zimbabwean comedienne, Mai Titi’s real name Felistas Murata has been involved in a wrangle with the producer of the film ‘A Life To Regret’ being produced by Billy Jeremiah Brown.

Mai Titi was set to make her debut acting career in the film starring popular Congolese Rumba musician, Awilo Longomba in the movie ‘A Life To Regret’ but BJB Films suggest they threw her out over unprofessionalism.

A Life To Regret is being produced by United Kingdom-based Burundi’s Billy Jeremiah Brown (BJB) Films.

A statement on the official BJB Films Facebook page reads:

_It’s sad to announce that we had to terminate Mai Titi’s role and replaced her with Angel Mary Kato due to lack of professionalism on set and whilst living and working with other celebrities as well as the crew._

_We love Zimbabweans that’s why we picked someone from Zim but unfortunately we could not continue with her._

The movie is being currently shot in Tanzania where Mai Titi has been based with other cast members since April.

The star-studded movie centres on the hostile relations between a stepmother and stepdaughter and will likely premiere this August.

In the film, Mai Titi was one of the lead characters playing the stepmother.

She has already been replaced by Tanzanian musician, Angel Mary Kato.

The decision to terminate Mai Titi’s contract did not sit well with Zimbabweans who thronged to BJB Films page to enquire about the fallout.

Some were very direct, accused BJB Films of using Mai Titi and dumping her.

Posting on her Social media pages, Mai Titi suggested she was not being paid. She said:

_We go where we get paid where we are not used and taken advantage of because at the end of the day we got kids to take care of. We are Artists we deserve better. Where we are used we shift._

_Fam link up with me on the 29th of May alongside Casper Nyovest._

One Comment on “Mai Titi In Wrangle With Film Producer”