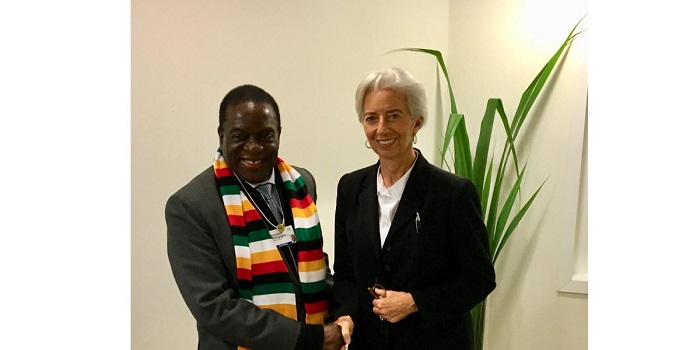 The International Monetary Fund (IMF) has said Zimbabwe needs a broader reform and stabilisation agenda to sustain efforts by the government to support the local currency and to lower inflation.

The Breton Woods institution indicated plans to hold a virtual staff visit in the first half of June, which would be a precursor to the country’s enrolment in a staff-monitored program.

A similar programme ended in February 2020, when the IMF said Zimbabwe had gone “off track.” Said the spokesperson:

_Fund staff take note of the authorities’ efforts to stabilize the local currency and lower inflation over the last few months._

Zimbabwe’s Minister of Finance and Economic Development, Professor Mthuli Ncube previously projected that the economy will grow 7.4% this year while IMF projects a 3.1% growth.

Zimbabwe is saddled with a $10 billion debt owed to multilateral lenders including the World Bank, Paris Club, and African Development Bank and clearing it is crucial for it to access fresh credit lines.

The IMF recommends the implementation of “sound policies” and attraction of donor support to resolve the debt overhang problem.