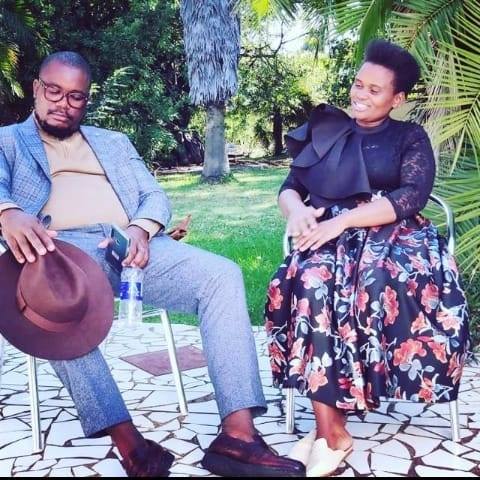 The audios were allegedly leaked by Mambo Dhuterere’s former manager, Marvelous Munemo after the two had a fallout over US$500.

Munemo, who managed Mambo Dhuterere in 2019, claimed that he took care of all of the musician’s music production and distribution costs before he rose to fame.

He said the two had agreed that Munemo would be later hired as the permanent manager when Mambo Dhuterere was firmly established in the industry.

Munemo also claimed that Mambo Dhuterere was warned by his church elders against collaborating with Jah Prayzah who allegedly uses juju to boost his music career. Said Munemo:

In leaked audio, Mambo Dhuterere claimed Jah Prayzah was getting paid for only exclaiming ‘haah ’ in his tracks. He said:

Meanwhile, a few hours before the audio leaks, Mambo Dhuterere had lauded Jah Prayzah on Facebook, saying he had helped greatly when he was still a nobody. He wrote on 10 May:

The way yandaibatwa ne this guy ndisati ndava ne mbiri I haven’t yet meet any public figure ati andibata that way ndatova ne mbiri, even inini am failing kubata vanhu the way he did to me nomatter how I try… being new in industry Jah Prayzah na Mathias Mhere guided me at most. One day I will tell you all.

Responding to the post by Mambo Dhuterere the following day, Jah Prayzah said he was at a loss for words. He commented:

Mambo Dhuterere ndapererwa nemashoko. Thank you my brother, when you lend a hand it’s best to do it without expecting a thank you in return but when you do get it, it’s more special than anything in the world.

Kusvikawo pandiri ndakabatsirwa nevakawanda and I told myself I will do all I can to help others when I can. You have done many amazing works over the years and have built a solid brand for yourself.