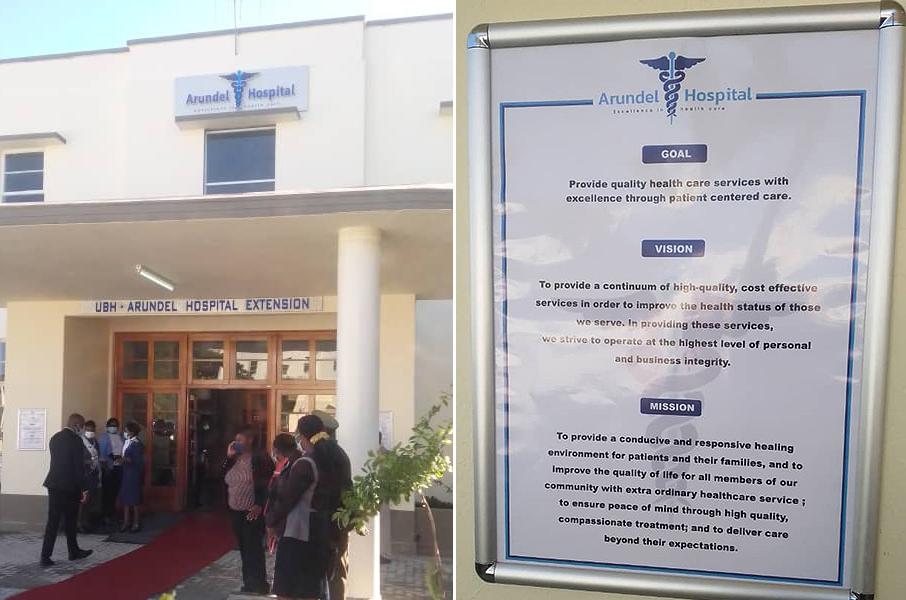 The isolation centre at the Bartley Memorial Block and the Bulawayo Orthopaedic Hospital were officially opened by President Emmerson Mnangagwa on Friday.

Reports indicate that the official opening was delayed after Chiwenga ordered the removal of “Arundel Hospital” banners.

Chiwenga had arrived at the hospital ahead of Mnangagwa only to discover that Bartley Memorial Block signage had been splashed with the banners. A source told ZimLive:

He was quite furious and told them to remove Arundel Hospital signage. He said it was a public hospital and wondered why it was carrying the name of a private institution in Harare.

Bulawayo residents were reportedly alarmed to see the Arundel Hospital signs going up, fearing that part of the UBH was being privatised.

With reporters watching, hospital officials scrambled to remove a sign which read ‘UBH ARUNDEL HOSPITAL EXTENSION’ which had been imposed on top of the building’s original name of Bartley Memorial Block.

Tagwirei, through his company Sakunda, took over the Arundel Clinic in Harare last year and converted it to an isolation centre for COVID-19 after allegedly spending over US$3 million revamping the facility and acquiring equipment.