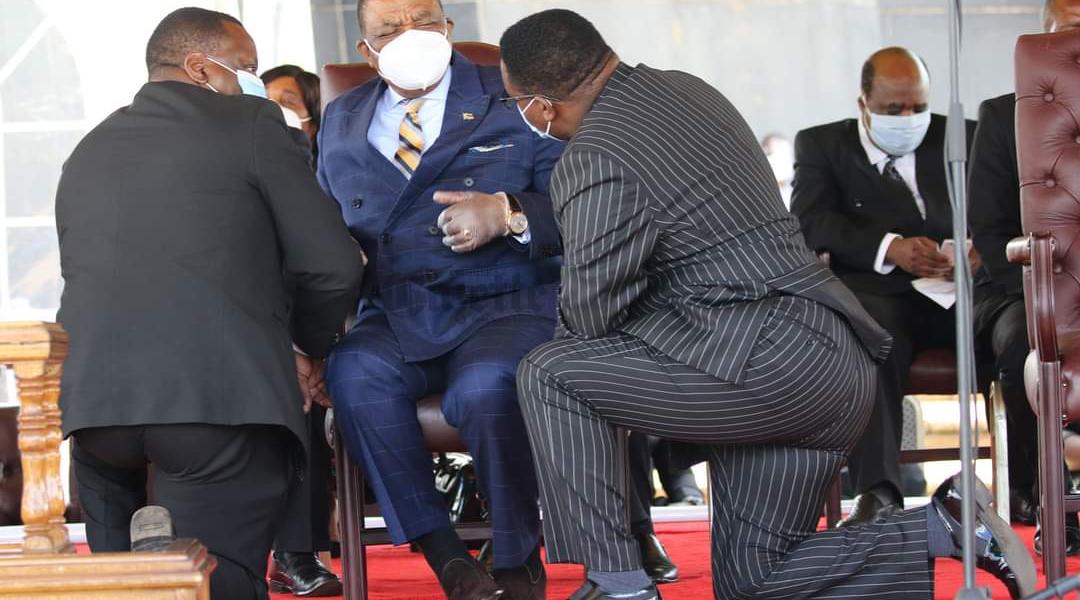 Vice President Constantino Chiwenga was the one who pushed for the removal of the running mate clause from the Constitution, presidential spokesperson George Charamba has claimed.

Charamba on Friday conceded to the ZANU PF information department that the running mate clause was “problematic” as it created a powerful and potentially disloyal Vice-President.

But Charamba, who is also Deputy Chief Secretary to the President and Cabinet (Presidential Communications), claimed that Chiwenga was happy with the constitutional amendments. Said Charamba:

I then teased him and I said ‘except you were supposed to be the victim’ so he burst into laughter and then said, ‘they don’t know how happy the victim is.

They don’t realise I am one person who was driving this thing behind the scenes.

So it was weeping crocodile tears on the part of the opposition to try and pitch their pseudo reactions to the running mate on the person of the Vice-President who was in fact very happy to be driving it.

Charamba further dismissed reports claiming that President Emmerson Mnangagwa and his deputy are involved in a power struggle behind the scenes. He said:

You don’t create instability in the hierarchy of Zanu PF by wishing for it. You describe it when it occurs. I always enjoy those sponsored false narratives to say there is a tiff between the President and the Vice-President. I really wish these people knew what I know.

Chiwenga was the Zimbabwe Defence Forces (ZDF) commander when the military staged a coup against the late strongman Robert Mugabe in November 2017.

He resigned a few weeks after the coup to be appointed Mnangagwa’s deputy. Mnangagwa had taken over from Mugabe following the latter’s “resignation”.