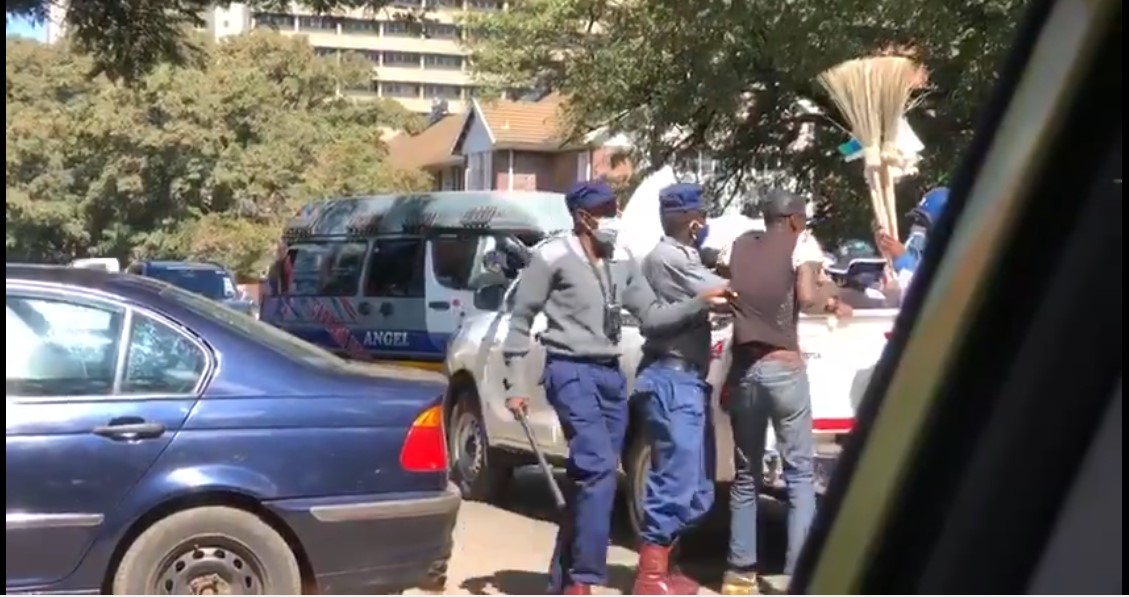 A group of police officers who were rounding up vendors at Fife Avenue Shops in Harare assaulted one of the vendors who were already under arrest, using batons.

Below is the video of police brutality that was recorded by renowned photo-journalist Tsvangirayi Mukwazhi around 1 PM on Friday and shared on Twitter by Hopewell Chin’ono.

Police were criticised for their brutality with one Twitter user, @love_humans01, saying: “White people used to treat us like this. Now our own do the same to us. Shame on them treating their own brothers in this manner.”

@truter_owen said: “Do we still have professional police in Zim? Hell no! What we have ar overzealous Border Gezi trained Zanu footsoldiers willing to do any filthy cruel act in defence of Zanu whilst they earn peanuts!”

One Comment on “WATCH: Police Officers Beat Up Vendor In Harare”