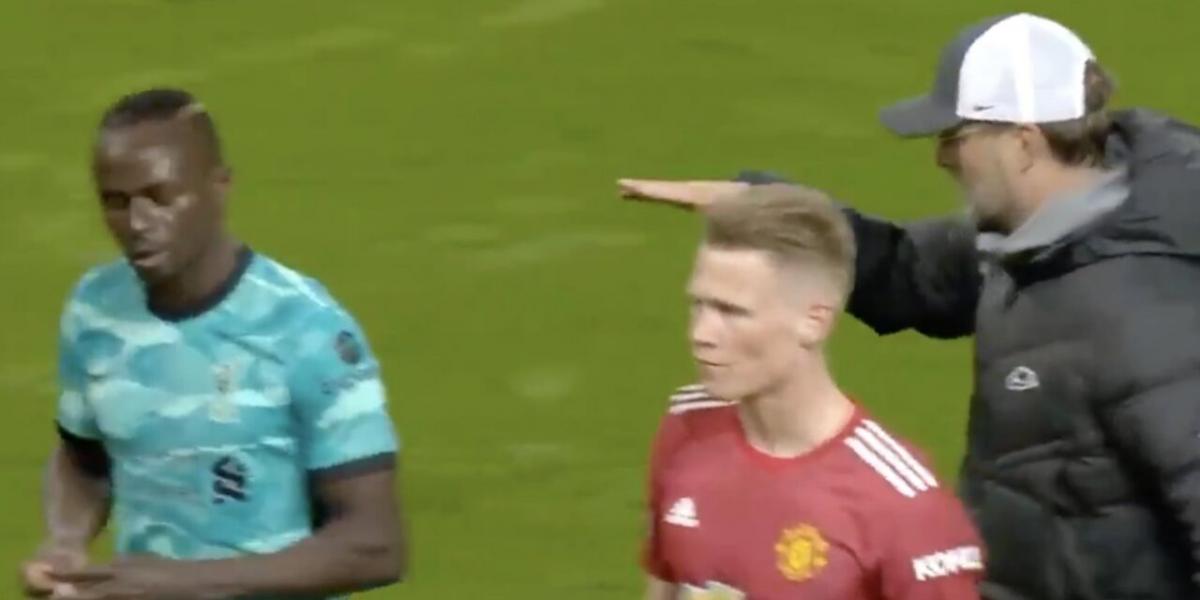 Liverpool manager Jurgen Klopp has downplayed a tense incident with Sadio Mane that occurred after Liverpool’s 4-2 win over Manchester United on Thursday night.

Jurgen Klopp dismissed the post-match clash with Mane as “no problem” and claimed relations between them are “all fine”.

Klopp attempted a handshake with the winger following the win over Manchester United at Old Trafford, but Mane shook his head and stormed past him.

Mane had been omitted from the lineup in favour of Diogo Jota, who scored the Reds’ first goal of the evening.

The Liverpool manager identified poor communication about the benching as the reason for Mane’s anger; he said he failed to properly inform the Senegalese forward of his starting XI decision ahead of time. Klopp said:

No there’s no problem. Yesterday I made a late decision in training to go with Diogo Jota. I would usually explain it but there was no time for that. It is all fine.

I changed things pretty late in training. My boys are used to me explaining and I didn’t. No time, forgot it, whatever. And that was it. It’s all fine.

The victory at Old Trafford propelled Liverpool to just four points behind Chelsea with a game in hand in the Premier League table as they make a late push for a top-four finish that will guarantee a place in next season’s UEFA Champions League group stages.

The Reds have three matches left – against West Brom, Burnley and Crystal Palace – to try and surpass the Blues or Leicester City, who are also within reach.