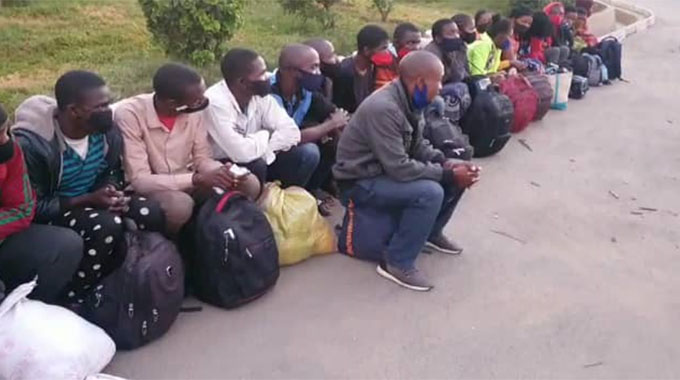 Twenty-five (25) Malawian nationals were Thursday intercepted at Beitbridge border post by the Department of Immigration’s Compliance and Enforcement unit.

The illegal immigrants were caught around 4 AM today aboard an Intercity bus en route to South Africa after skipping the border into Zimbabwe via Nyamapanda.

Among those arrested, 16 had passports that were not stamped at any immigration office, while the rest were undocumented.

Acting Regional Immigration Officer (ARIO) in charge of Beitbridge Trustworth Manatsire confirmed the interception which occurred at a local service station. He said:

We have since handed the group to the police pending further investigations and prosecution.

As a department, we want to warn syndicates involved in this human smuggling activity that they will face the full wrath of the law. We are not relenting.

In the last two months, over 100 Malawians were intercepted either skipping the border into Zimbabwe from South Africa or vice versa.

The illegal movements are a cause for concern to authorities as they may contribute to the spread of the novel coronavirus across the region.