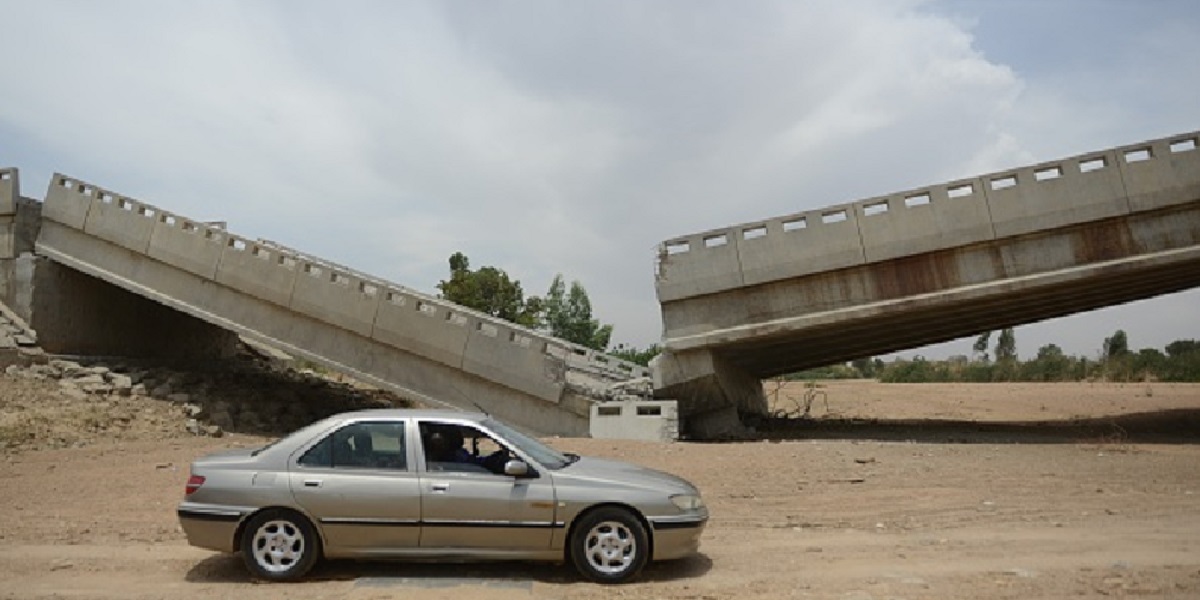 The Bridge in this picture was destroyed by Boko Haram militants in 2015. Used in this Article to show a collapsed bridge not the exact one in the article (Photo by Mohammed Elshamy/Anadolu Agency/Getty Images)

A bridge in the central Nigerian state of Kogi, collapsed barely a week after its completion, a development that has left the state’s governor in trouble.

The administration of Governor Yahaya Bello is being accused of using substandard materials in constructing the Ozuma Bridge in Okene which reportedly cost millions of naira.

The opposition People’s Democratic Party (PDP) has since called for an inquiry into the governor over the incident arguing that it put the lives of the general public in danger.

There has not been any confirmation of any casualties or the amount of damage following the incident. PDP said in a statement:

_The PDP youth also knocked Governor Bello over the collapse of a bridge built by his administration just after one week of construction, noting that such is indicative of the shambolic state of governance in the state under an imprudent and manifestly misguided leadership._

_The PDP youths demands that Yahaya Bello should face investigation at the appropriate time for using substandard materials to construct a bridge, thereby endangering lives in the state._

There have been increasing reports of collapsing infrastructure, especially buildings, in Nigeria with some blaming the issue on poor enforcement of construction regulations and the use of substandard materials.

The collapse of the Nigerian bridge come when Botswana and Zambia have commissioned the Kazungula Bridge which is premised on easing access into the SADC region and the whole of Africa at large.

Botswana and Zambia agreed, in principle, with Zimbabwe to have the latter on board after it had left the coalition years ago.