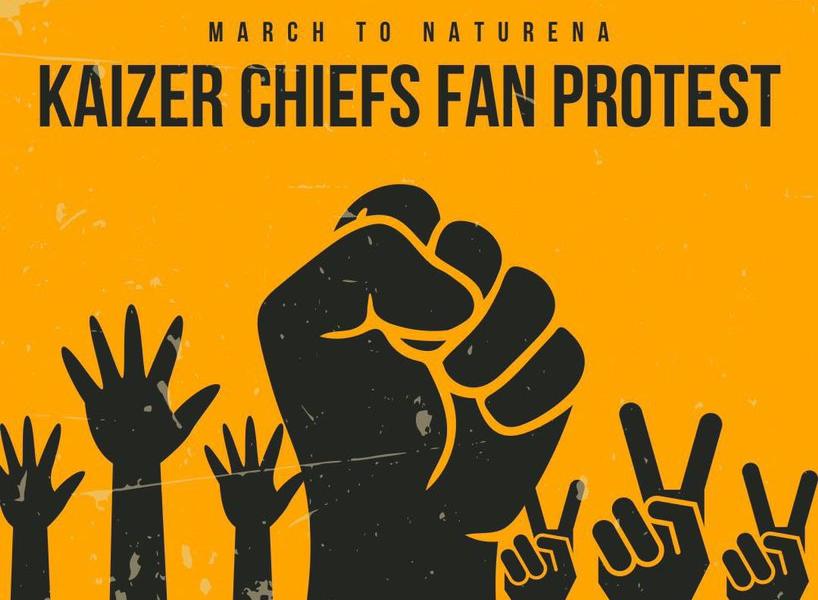 Disgruntled Kaizer Chiefs fans are planning to March to the Kaizer Chiefs’ Village headquarters in Naturena on Friday in protest over how the club is being run.

Two of the Chiefs supporters behind the planned protest‚ Mpho Mokoka and Thulani Nombali‚ were interviewed on Power 98.7 on Friday night.

The duo claimed Chiefs fans are tired of the club being excellent in the field of marketing‚ convincing supporters to spend hundreds or thousands of rand on jerseys and merchandise each year‚ but not returning such loyalty with success on the field.

Mokoka told Power Sport Extra that the organisers have been seeking permission for a march from the Johannesburg Metropolitan Police Department (JMPD). He said:

The reason we went to the JMPD was to engage with their officials about the protest so that it can be a peaceful one‚ so that we can hand over the memorandum at the Village to one of the seniors.

What is needed is for the team to give us something better. Because it’s been long. The last time we won a cup was in 2015‚ and the drought is too much.

We actually are the laughing stock of SA. You go there and you buy a Kaizer Chiefs jersey‚ and people just laugh. And in return we get nothing.

Chiefs’ corporate communications manager Vina Maphosa told TimesLIVE on Friday that the club “are aware” of the Twitter posts about a protest and “will discuss” them in a meeting this coming week.

Kaizer Chiefs have no hope of winning the DStv Premier League this season and they may fail to finish in the top half as they are languishing in 9th place on the log standings and 3 points behind TS Galaxy who are in 8th position and have played a game less.