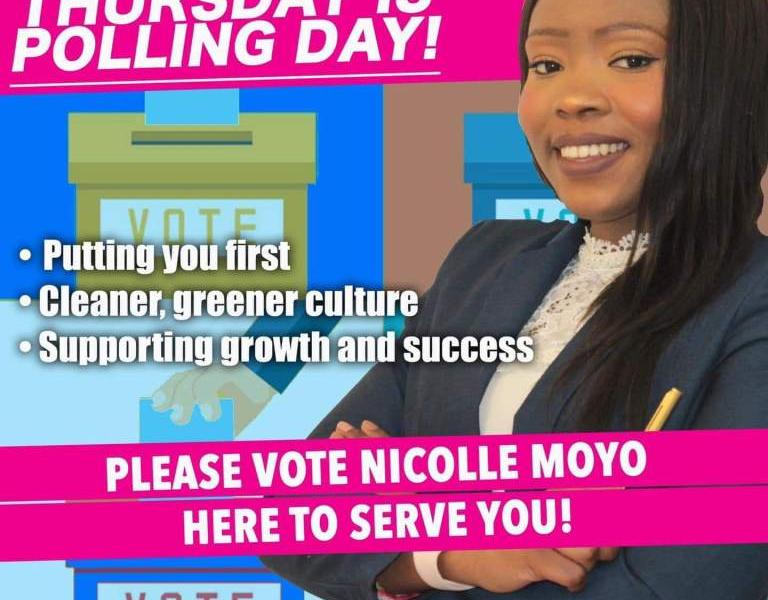 A Zimbabwean-born woman Nicolle Nkazimulo Moyo, now based in Britain, was on Friday elected councillor for Peterborough’s Hargate and Hempsted ward.

Moyo stood on a Conservative Party ticket against three other candidates from the Green Party, Labour, and Liberal Democrats.

Local elections in the United Kingdom were held on 6 May 2021 for 145 English local councils (around 5 000 seats), thirteen directly elected mayors in England, and 39 police and crime commissioners in England and Wales.

There were also elections to the Scottish Parliament (129 seats), Senedd (Welsh Parliament) (60 seats) and London Assembly (25 seats), the last in conjunction with the London mayoral election.

According to an analysis by the BBC, the Conservatives would have won a 36% vote share in a nationwide general election, if those who voted in England’s local elections behaved in the same way.

The projection, based on detailed data from 1,000 key wards, estimated a 29% share for Labour, 17% for the Liberal Democrats, and 18% for other parties.

Pfebve representing the Labour Party came third after losing to Josh Whitehouse of the Conservative while Daniel Barker (Liberal Democrats) was second.