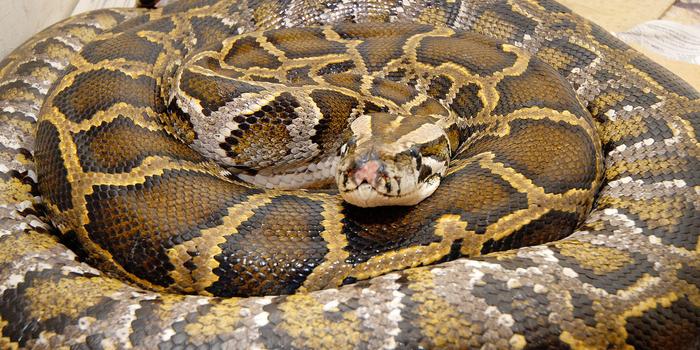 A self-styled prophet has been sentenced to 36 months in jail for illegally keeping a two-metre-long African rock python that he used during his deliverance sessions.

Chusi Bhunu (31) of Village 2, Binje farm, Doma, in Mhangura appeared before provincial magistrate Ruth Moyo on Thursday on charges of violating Section 45 (1)(b) of the Criminal Law (Codification and Reform) Act and was convicted on his own guilty plea.

Moyo sentenced Bhunu to 36 months in jail, before suspending six months on condition of good behaviour.

He will, therefore, serve an effective 30 months behind bars.

Prosecutor Review Nikisi told the court that on 3 May this year Bhunu, who is also a member of the Bible Fellowship Apostolic Ministry, was approached by Farai Makumbi who was seeking healing for his sick wife, Neria Makumbi.

On the same date, at around 8 pm, Bhunu proceeded to Makumbi’s residence at Plot 47, Jechenene also in Doma to perform a healing session for the ailing woman.

Bhunu was carrying on his back a black traveller’s bag and he allegedly took out a green sack which he secretly placed outside the house of his clients.

Unbeknown to Bhunu, two family members, Takemore Chando and Edmore Revesai spotted him hiding the sack and confronted him over the suspicious luggage.

Bhunu failed to give his clients a satisfactory answer and took to his heels, melting in the darkness and leaving his bag behind in which the python was curled up.

The next day, Zimbabwe National Parks and Wildlife Authority (Zimparks) game rangers were alerted of the python and they proceeded to recover the snake and arrest the prophet.

Bhunu told the police that he duped people by performing fake miracles using the python, which in court was valued at US$5 000.