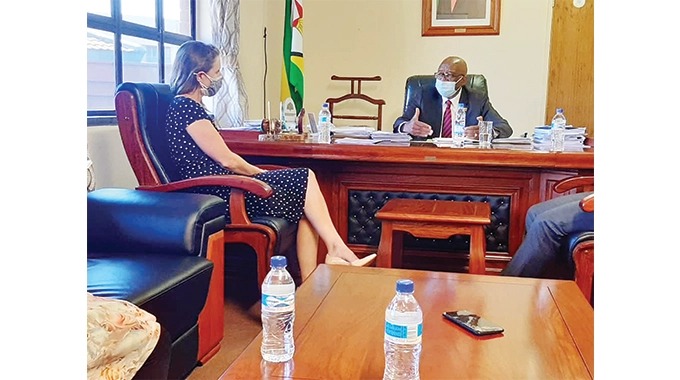 United Kingdom (UK) Ambassador to Zimbabwe, Melanie Robinson has commended the government for successfully taming machete-wielding gangs (Mashurugwi) that had been terrorising citizens across the country, mainly in mining areas.

Gangs of men armed with machetes, axes, guns and other deadly weapons had been on the rampage, committing heinous crimes such as armed robbery and murder.

Police responded by launching operations targeting the gangs and banned the carrying of dangerous weapons in public.

Speaking during a courtesy call to the Minister of State for Midlands Provincial Affairs and Devolution Larry Mavima on Thursday afternoon, Robinson said:

The mineral resource base especially here in the Midlands and Gwanda is incredible, what is only needed is more formal mining than the artisanal type of mining.

I would, however, like to commend you for managing to deal with the violent machete gangs which had been moving around committing crimes in the mining areas.

The situation is now very calm and peaceful.

Robison said there is a need to capacitate artisanal miners so that the country benefits from its mineral resources.

She said equipping and formalising artisanal mining will result in cutting down in leakages as the miners will be selling the gold through proper channels.

Meanwhile, Minister Mavima said the government had acted accordingly in stopping machete gangs so as to protect the people and fellow miners and that there were no sacred cows when it comes to policing.