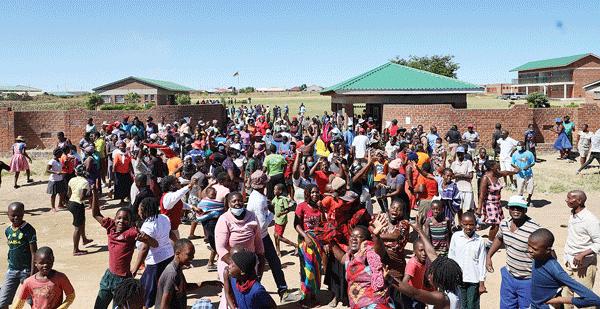 The Zimbabwe National Organisation of Associations and Residents Trusts (ZNOART) has written to the Minister of Primary and Secondary Education Cain Mathema expressing concern over the seizure of Southlea Park Primary School by certain individuals.

This comes after Southlea Park residents, in the Harare South constituency, recently stormed the school in protest over the government’s threat to withdraw teachers from the institution because it is now privately owned.

The landowners secretly registered the school under private ownership, while residents claimed they built the school using their own funds, hence it could not be registered as a private entity.

In a letter dated 05 May 2021 and addressed to Matema, ZNOART, which is an Apex body representing all associations and residents in Zimbabwe, said:

We are aware and in possession of previous communications between our affiliate bodies and your office in trying to get the matter addressed but to date, the matter has not seen the light of the day and residents are now in a quandary with the latest developments.

We are advised that sometime this week the District Schools Inspectorate (DSI) went to the school and advised the teachers that they were to be transferred to other centres since the school cannot continue to operate with government teachers in light of it being a private institution.

This unfortunate development has brought confusion to the whole community in view of the fact that they are the ones that built the school.

I am sure you have received reports about the conversion of institutional land in Harare South to private land without following due processes.

ZNOART pleaded with Mathema to deal with the situation as a matter of urgency as hundreds of learners could be left without teachers.