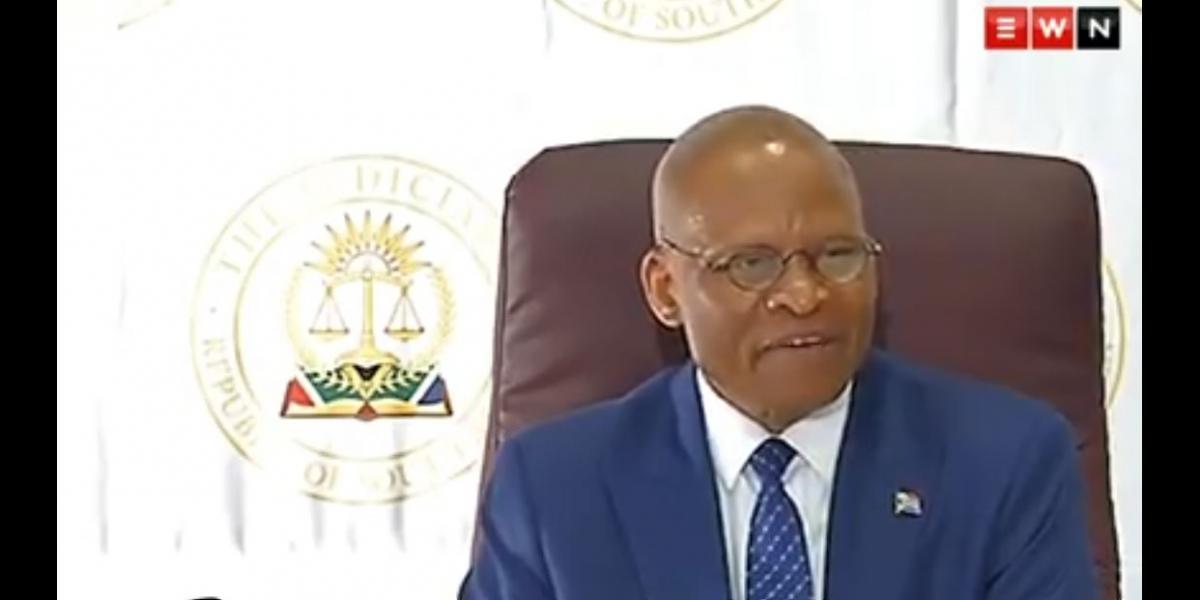 South Africa’s Chief Justice, Mogoeng Mogoeng has taken his long leave with effect from 01 May 2021 amid rumours of his resignation over the alleged influence of a “third force” on judges’ execution of their duties and responsibilities.

_The statement seeks to inform members of the public that Chief Justice Mogoeng Mogoeng has taken his long leave with effect from 01 May 2021._

_Regulation 3 of the Judges’ Remuneration and Conditions of Employment Act, 2001 provides for Judges to take leave of three and half months for every period of four years’ actual service. This leave is referred to as long leave within the Judiciary. The Chief Justice’s four-year cycle to take his long leave commenced on 01 July 2018 but he was unable to take it due to his judicial and extrajudicial commitments._

_In terms of Regulation 8 of the Judges Remuneration and Conditions of Employment Act, Judges leave is not cumulative and therefore had the Chief Justice not taken his leave it would have been forfeited as it has happened on previous occasions. He accordingly informed the Minister and the President about his intention to take his long leave and requested that Justice Khampepe be appointed as Acting Deputy Chief Justice which the President has duly done._

_It is a normal practice in the Judiciary for Judges to take their leave whenever it is due. The Chief Justices long leave was due and he has duly taken it._