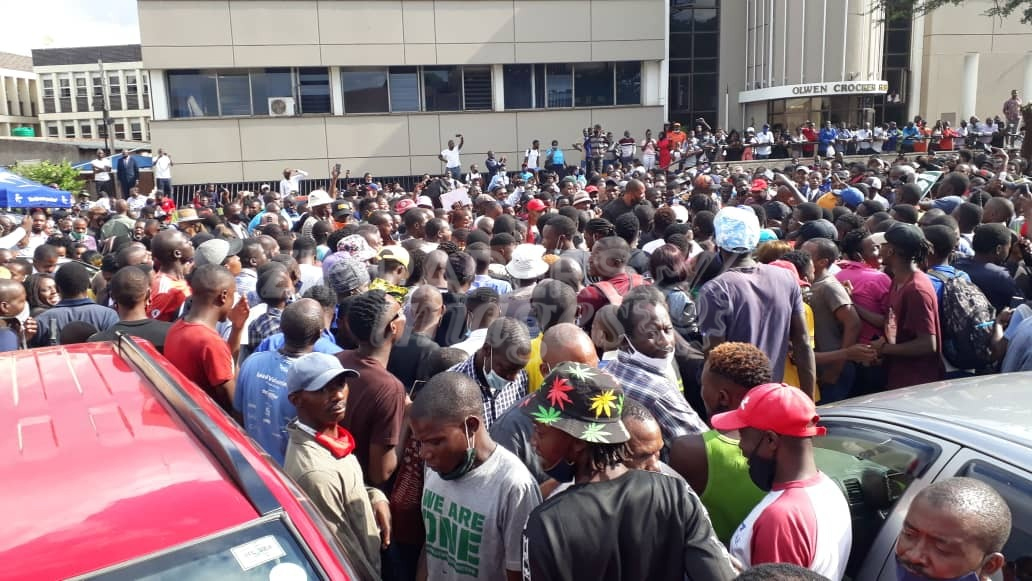 One generation remembers a Zimbabwe where buses had a timetable & ran on time; cities where running water & electricity were the norm; a Zimbabwe where the milkman left milk bottles at the gate & the postman delivered letters in the box & the Zimbabwe Dollar was proper money.

For the other generation, queuing for water at the borehole is normal. For the bucket generation, the bathtub & shower are exceptions. Mushikashika. Kungwavhangwavha. Potholed roads. Dark streets. It’s the norm. It came into a world without things that others take for granted.

One generation is motivated by the aspiration to at least go back to how things were, for things worked. The other has no such motivation because it doesn’t know any better. It doesn’t have that memory. The only life it has known is a life of low standards; things don’t work.

In the past, they learned to write application letters & CVs. They aspired to work as their parents. Today, it seems pointless because even their parents have no jobs. From school, they find refuge on street corners & in intoxicating substances; excited by little things.

Is it any surprise then that there’s a preoccupation with frivolity & an apparent lack of care for public affairs? One generation measures its world by the memory of what it knows is possible. The memory of the other is a world shaped by hyperinflation & useless “billions”.

The challenge of declining standards of the last 20 years, in particular, is not just in physical infrastructure – bad roads, poor schools & hospitals, etc. It is also in the mindset, individual & collective; the mental universe. There’s a huge battle to repair & reform that.

It is not unusual for people to get comfortable in conditions of want; to adjust & accept it as fateful. Some might even doubt liberation from their tormentors; to say it’s not possible & it’s pointless to try. The emancipation of minds is the great generational imperative.

Without freeing minds and showing the boundless possibilities, the nation will continue to generate more and more for whom mediocrity & frivolity are “normal”. When you know no better & when you don’t have better to do, frivolity & mediocrity become a way of life.

It’s the challenge of leaders to inspire people into seeing these boundless possibilities. Leaders shape ‘imagined realities’ & sell them to the people. Zimbabwe is an increasingly young voting population. Those whose imagined realities are believed by the young will succeed.