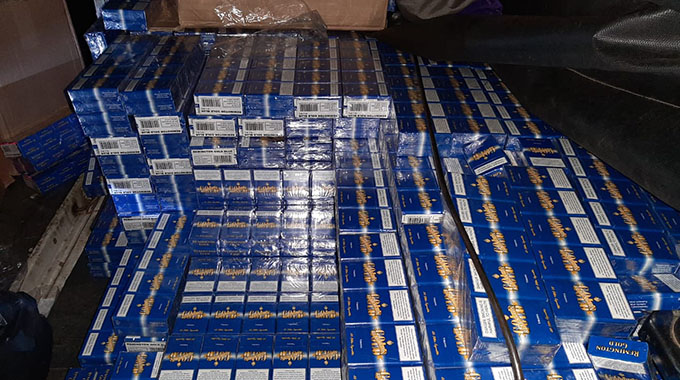 Police in Beitbridge on Thursday arrested a driver of a Toyota Hiace vehicle who was found with boxes of Remington Gold cigarettes en route to South Africa.

National police spokesperson Assistant Commissioner Paul Nyathi said the 38-year-old man had 60 boxes of cigarettes stashed in his vehicle destined for smuggling into South Africa through an illegal crossing point. He said:

Police in Beitbridge intercepted 60 boxes of Remington cigarettes which were destined for smuggling to S.A. The suspect (38) was stopped at a Police checkpoint driving a Toyota Hiace vehicle laden with boxes of cigarettes.

The vehicle was searched and investigations carried out revealed that the suspect intended to smuggle the contraband to SA through an undesignated exit point.

The arrest came about two weeks after a Zimbabwean truck driver was arrested for smuggling 1 600 cases of illicit cigarettes worth more than one million Rand in Springs in Ekurhuleni, South Africa.

The driver, who was not named at the time, was arrested after the truck was pulled over on the N17 offramp on Saturday, 17 April 2021.

He was expected to appear in the Springs magistrate’s court to face charges of possession and possibly dealing of illicit cigarettes.