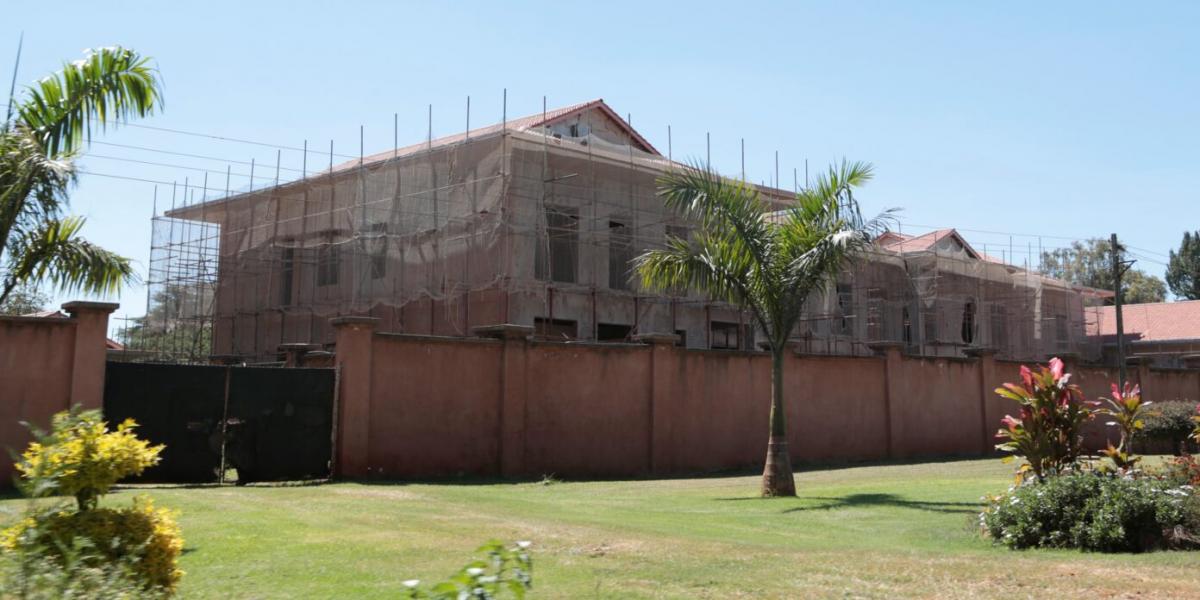 Construction work at President Emmerson Mnangagwa’s multi-million-dollar, yet unsightly, house at the corner of Crowhill and Wheeldon roads in Borrowdale suburb has stalled, three years after it commenced, The NewsHawks report.

The property was being built as part of President Mnangagwa’s state package since normally the President and vice-presidents are given state properties to live.

Mnangagwa moved out of his house in Helensvale, Borrowdale, in Harare after security concerns were raised as it was felt that the residence was not well protected.

This prompted the government to speed up renovations at the President’s spacious residence.

However, Mnangagwa later relocated from 355 El Shaddai Road in Helensvale to Zimbabwe House, opposite State House.

The cessation of construction of the house raises concerns about the waste of taxpayers’ money building a massive house – that looks nondescript from outside – which is later abandoned.

From the Wheeldon side, where the main entrance is located, the security structure that was being constructed looks derelict with only scaffolds remaining onsite.

The gate with the inscription “Number 14 in Wheeldon” shows that the yard was previously being used as a lodge.

The view from Crowhill Road also shows a deserted construction site, with no activity except for the scaffolds that have been there for months.

One Comment on “Construction Of Mnangagwa’s Borrowdale Mansion Stalls”