Police have arrested six (6) people suspected of having committed a spate of armed robbery cases in Bulawayo. The development was announced in a police statement issued this Friday. Reads the statement:

Police nabbed one of the suspects after a tip-off from members of the public and he implicated the other accomplices leading to their arrest. The suspects mainly targeted service stations and homesteads before robbing the victims of their valuables. So far the gang is linked to fourteen (14) cases of robbery in which properties worth US $164 032-00, ZAR 890-00 and ZWL $500-00 were stolen.

Meanwhile, the Zimbabwe Republic Police has recovered a 9mm calibre star pistol with a magazine of six rounds, masks, torches and the vehicle used by the suspects in committing crimes.

Police warns criminals that their day in court will surely come and members of the public are implored to keep on reporting all criminal activities in their communities. 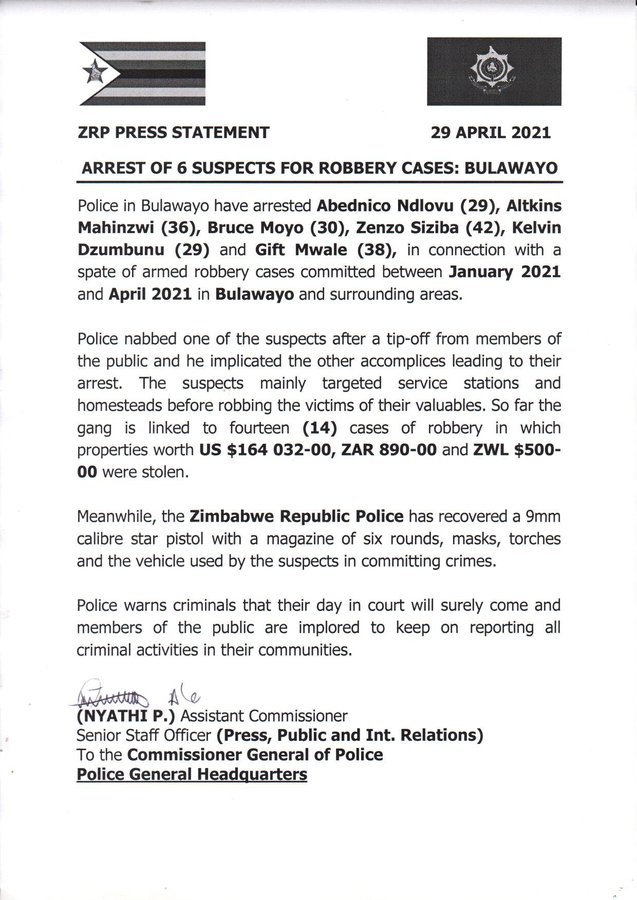