The Zimbabwe Republic Police (ZRP) has confirmed the arrest of a Victoria Falls woman who was found in possession of marijuana or dagga or mbanje worth about $40 million. We present the police’s statement below.

The Zimbabwe Republic Police confirms the arrest of Patricia Ncube (49) of number 6885 Mkhosana, Victoria Falls, for unlawful possession of dagga on 28 April 2021.

Police detectives received information to the effect that the suspect was in possession of dangerous drugs and acting on the information, they teamed up with the Canine Unit and raided the suspect’s residence. They arrested the suspect and recovered 14X50 bags of dagga weighing 481kgs, with a street value of ZWL $48 100 000.00, in the suspect’s bedroom. The suspect will soon appear in court.

We applaud the general public for supplying information on criminal activities to the Police. In the same vein, drug peddlers will be accounted for and the law will take its course. 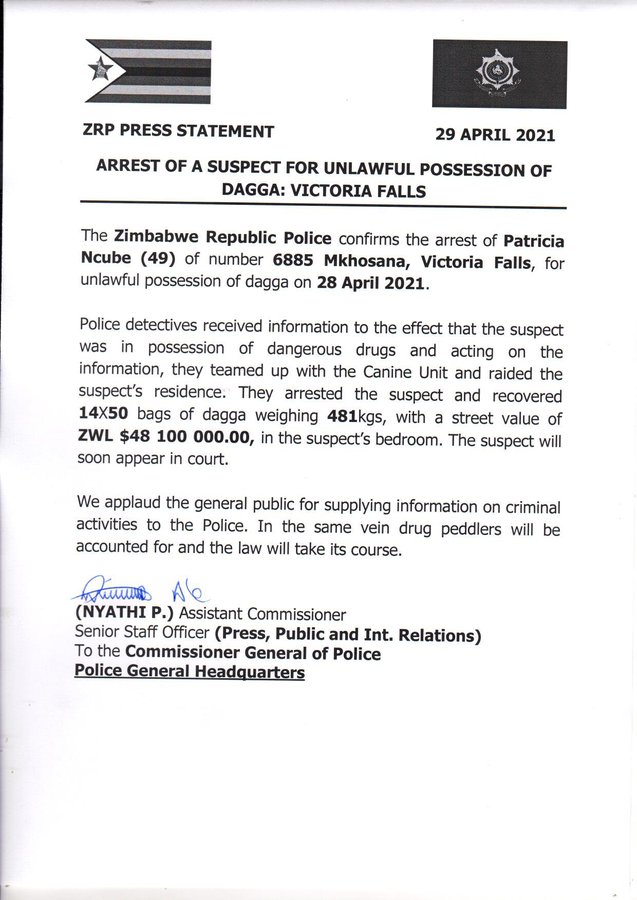