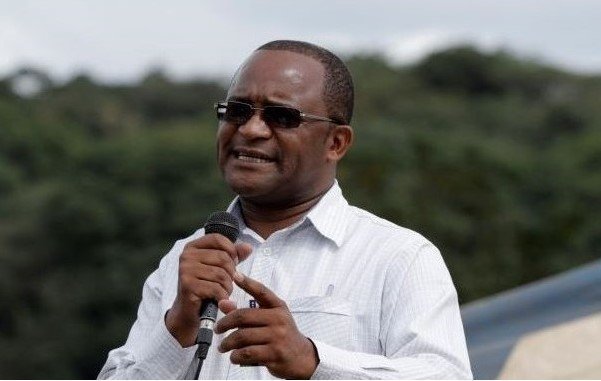 Opposition MDC-T president, Senator Douglas Mwonzora has defended his senators for rejecting the Constitution Amendment Bill No. 2 which among other things seeks to remove the running mate clause. Below are excerpts from Mwonzora’s submission in the Senate:

HON. SEN. MWONZORA:  Thank you very much, Mr President Sir, I will just make brief comments before I go to the very new thing.  Of course, in the absence of a clear 50-50 provision, an extension of the women’s quota is the next progressive thing. In the absence of anything else, a quota for the youth is of course welcome.

We have started a new philosophy that the youths are not leaders of tomorrow, they are leaders of today and introducing them into the legislature is the right step in bringing that leadership.  Of course, we have debated devolution, time without number and this is a very old story. We support devolution. I feel that the people who have debated the running mate clause, especially those who want it to go did not do justice to the logic of the running mate clause. Why did we put it there?

I happen to have been in the Constitution-making process itself and this was one of the contentious clauses. The first thing was that we wanted to vaccinate the nation against Presidents who have a tendency of appointing useless Vice Presidents because they do not want to be challenged. So you have situations where a Vice-President is just put there to fill a post. We wanted to make the Vice-President an election issue. Here, Mr President, it is not correct that the President does not choose his Vice President. This clause says the President chooses his Vice and if more than one, chooses two but he chooses not after elections but before the elections so that the nation knows that in his absence who takes over and he designates them first and second so that you do not have a problem when it comes to succession.

The other thing we wanted to get rid of, which the Minister regrettably has reintroduced is the lottery clause.  When we have two Vice Presidents, the Vice President who takes over in the event of the President leaving office is the Vice President who last acted.  It is not known who it is but it is also open to manipulation. I know that I want to resign and so on. I appoint the other Vice-President whom I want to take over to act, well knowing that I am about to leave office. The introduction of the lottery clause introduces doubt in the country.  There is uncertainty on who will take over. So that was the logic of the running mate. The fact that Malawi had a problem does not mean that the running mate has a problem.

What I notice the Hon. Minister (Ziyambi Ziyambi) doing is that he avoided those countries where the running mate clause has worked for centuries and one of those countries is the United States of America; they have a running mate system. It does not mean that they are on the ballot together it means the electorate is told beforehand who the Vice President is going to be.