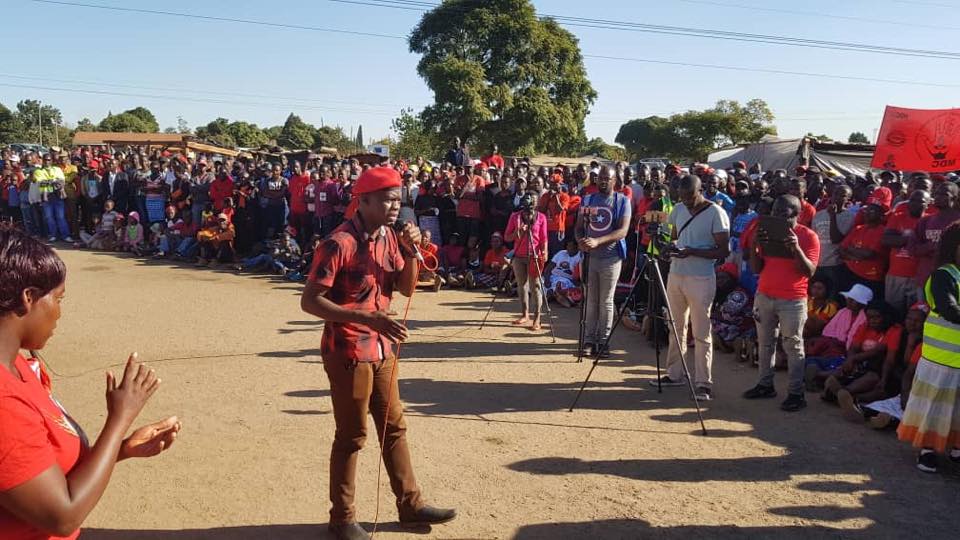 Opposition Zimbabwe People First has stood in solidarity with the recently arrested MDC Alliance Nation Youth chairperson, Obey Sithole and other leaders, activists, and citizens detained “for advocating for change.”

Sithole was on Monday arrested while leaving the Harare Magistrates Court where he was answering charges of holding an illegal demonstration in Warren Park last year. He said he was yet to be informed of the charges. We present Zimbabwe People First’s statement in full below.

THE Zimbabwe People First youths stand in solidarity with the recently arrested MDC Alliance Nation Youth chairperson Cde Obey Sithole and all other leaders, activists, and citizens incarcerated for advocating for change in our beloved Motherland – Zimbabwe.

We take serious notice of the injustice being perpetrated by the uniformed forces, the courts, and Zanu PF.

These institutions, we believe are abetting gross human rights abuses exhibited by the continued persecution of opposition leaders and activists with the recent arrest of Cde Obey, Cde Joanna Mamombe, and others including myself Stephen Mazanza, the Zimbabwe People First national youth chairperson.

We believe and are gravely concerned that the Zanu PF regime is now stooping so low and has run out of ideas.

Their only option is to arrest, detain, and imprison anyone who they believe can stand up to them. All we are doing is excising our constitutional and democratic rights by either speaking out against the injustices we see or speaking for what we believe in.

The regime and its enablers cannot force us to love their evil deeds and as youths, we say ENOUGH IS ENOUGH. As youths, we have suffered enough because of Zanu PF.

We have no jobs, no food, and no proper education. In short, we are a lost generation.

To the regime we say, “Please stop this persecution of opposition leaders. Stop arresting the youths”.