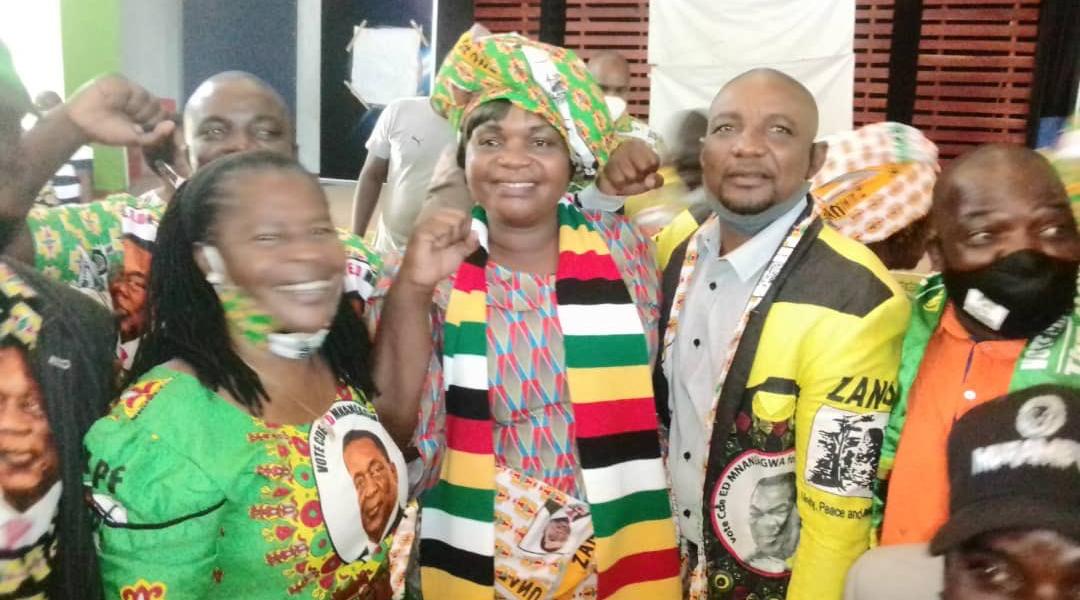 Speaking after her graduation, the ex-lawmaker said she deeply regretted wasting her time and resources in opposition politics and was now an excited member of the ruling party. She said:

I joined Zanu PF as it is a stable party. The opposition in this country is fragmented. They are confused. 21 years down the line they do not know who their leader is.

I realised I was wasting my time, my resources, wasting everything. I have been to the School of Ideology and I have actually realised that all along I believed in wrong things. This party, Zanu PF is a party to follow and everyone should do so because it is a stable party and has liberation war credentials.

The people of Zimbabwe need to learn our history. It is unfortunate I might be the only one who got to learn the deep history of this party. The only party to follow at this time is Zanu PF. There are no fights in Zanu PF, we talk to each other.

I used to think Zanu PF is not democratic, (but) I am actually happy with the way I was received from the time I went to State House. I am happy to be Zanu PF, everyone is so happy and I was received well in my district (Zvishavane). I know we are going to win in 2023.

She is now a member of Zanu PF’s Zvishavane District.

Timveos who was the MDC Alliance deputy treasurer before her surprise resignation encouraged other opposition members to dump their political formations and join ZANU PF.