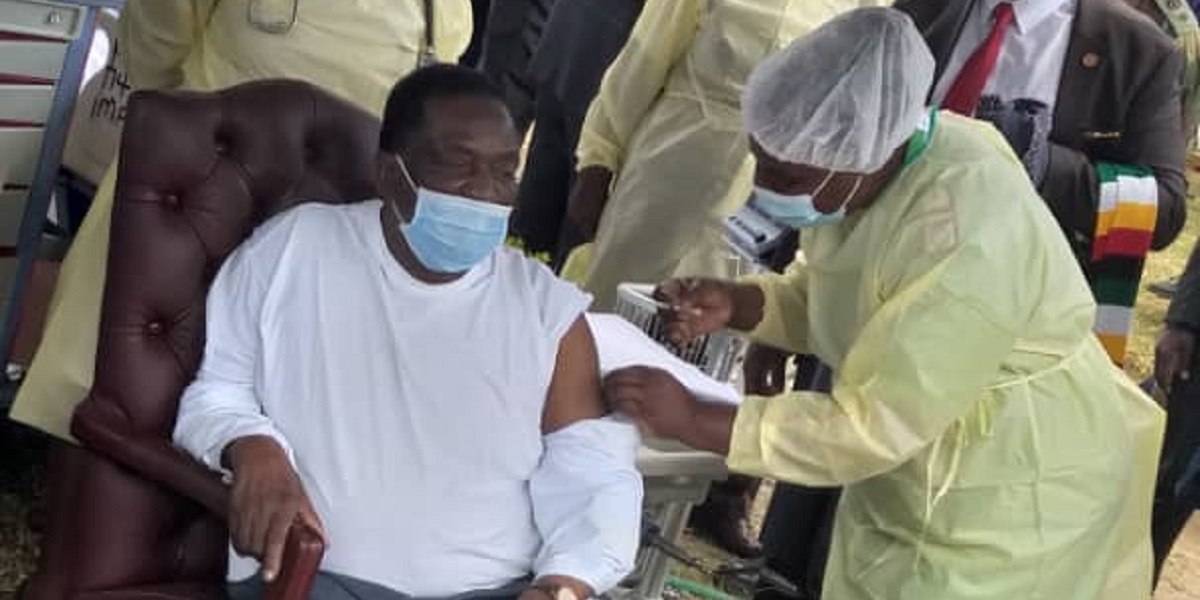 President Emmerson Mnangagwa was misled into believing that Victoria Falls City has achieved herd immunity against COVID-19, it has been established.

In a post on Twitter on Monday morning, President Mnangagwa claimed that 77% of the Victoria Falls’ adult population got vaccinated. He said:

Last month, I received my first COVID-19 vaccine in Victoria Falls. I am immensely proud that over 77% of the city’s inhabitants have received their second jab.

Thank you to all the health officials who have made this possible.

However, according to Zim Fact, President Mnangagwa’s claim is not backed by empirical data. It said:

Official data shows that by April 25, when Mnangagwa made the claim, 77% of Victoria Falls’ targeted adult population had only received the first shot of the COVID-19 vaccine.

Given the double-dose vaccines currently in use by Zimbabwe, persons are only considered to be fully vaccinated after receiving their second shot.

Further, the threshold for herd immunity against COVID-19, a new disease that emerged in late 2019, is yet to be established.

The World Health Organisation defines herd immunity as the protection from an infectious disease that a population gets from a previous infection or vaccination.

WHO says it only supports the attainment of herd immunity through vaccination and not through allowing infections to spread unchecked through populations.

Victoria Falls ‘Has Not’ Yet Achieved Herd Immunity – ZimFact