The Zimbabwe dollar has marginally lost ground against the US dollar according to results from the Reserve Bank of Zimbabwe’s foreign exchange auction.

352 bids were received on the Small to Medium enterprises forex auction, with 293 accepted and 59 disqualified.

On the main forex auction, a total of 335 bids were received, 265 were accepted while 70 were disqualified. 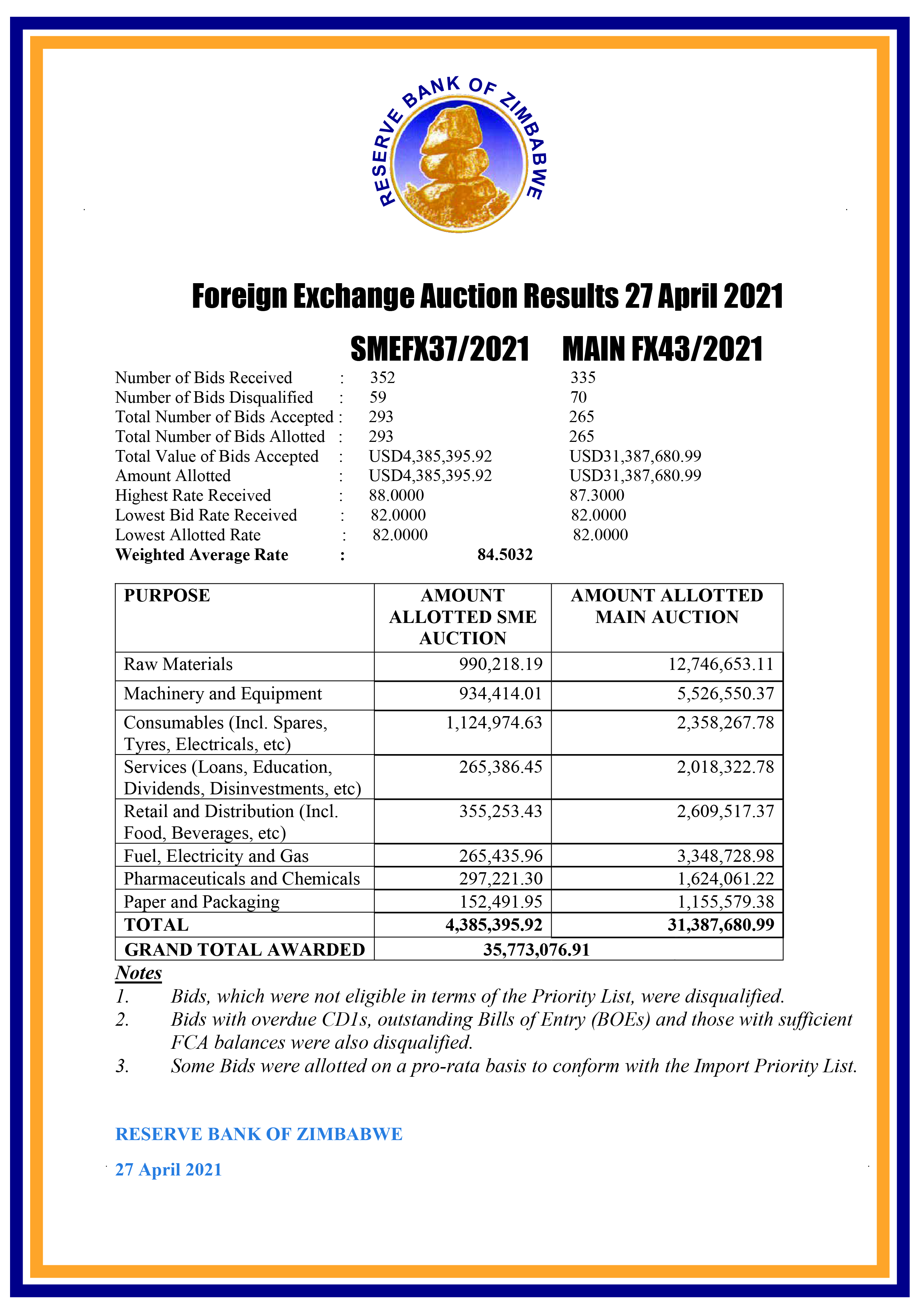