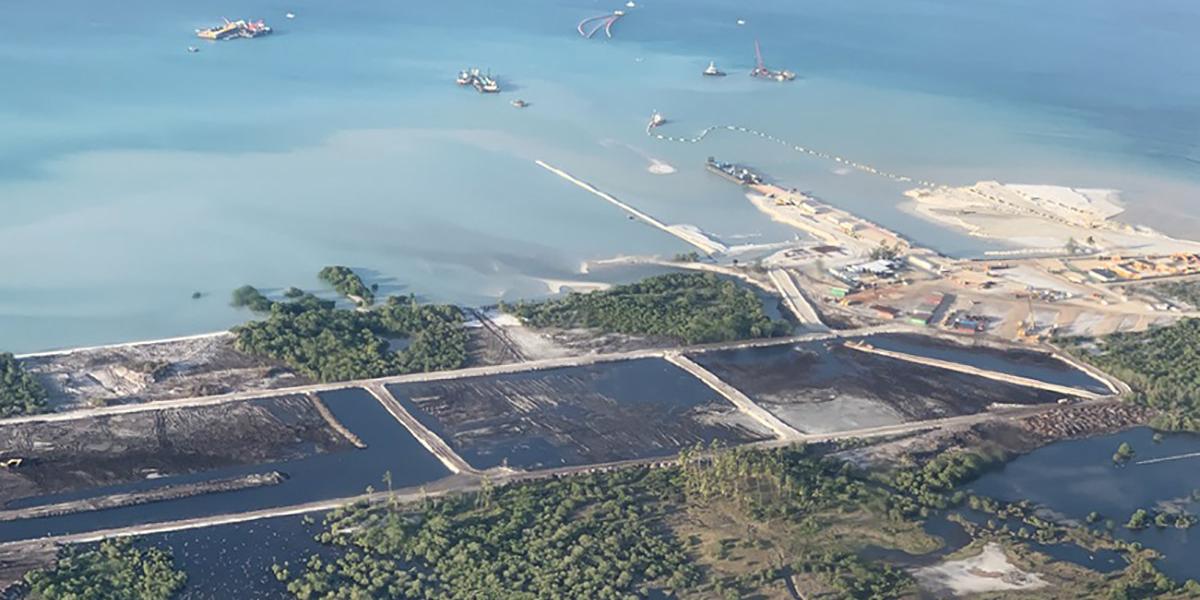 Construction at Total’s LNG site in Mozambique, in 2020. Photographer:Borges Nhamire/Bloomberg

French energy group Total SE has suspended its $20 billion liquefied natural gas project in Mozambique indefinitely after an escalation of violence in the area.

The energy giant on Monday declared force majeure (unforeseeable circumstances, such as wars or natural disasters, that prevent someone from fulfilling a contract) and withdrew all personnel from the site because of the precarious security situation in the area.

Hours after Total said on March 24 it was resuming work on the project, stalled since January because of security threats, more than 100 rebels raided the town of Palma.

Dozens of people died, millions of dollars of property was damaged and the company immediately froze plans to resume the project.

The project had been gaining momentum as Total acquired the operator stake from Anadarko Petroleum Corp. in 2019.

The company was making progress on early construction, including an airport along with accommodations for workers.

The decision is a blow not only to Total which was hoping to start exporting the super-chilled fuel by the end of 2024 but also for Mozambique, which is now losing out on jobs and revenue from the gas sales.

The violence has left at least 2 780 people dead, according to the Cabo Ligado website, which tracks the conflict. It’s also displaced more than 700 000 people.