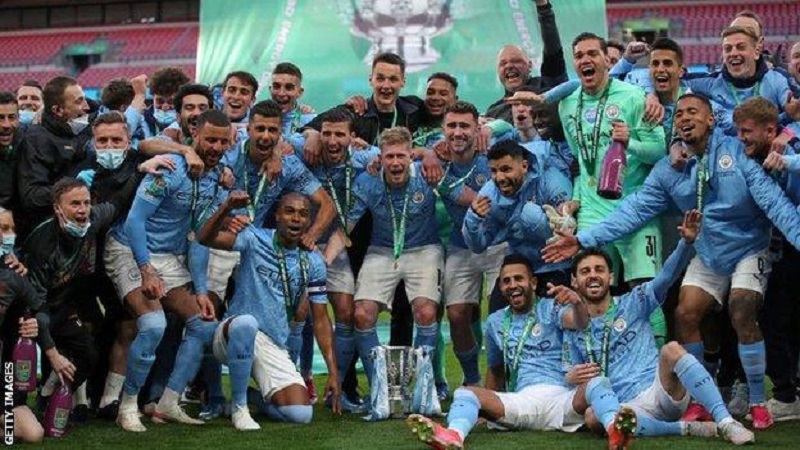 Manchester City beat Tottenham Hotspur by one goal to nil this Sunday to win the English League Cup for the 4th consecutive time.

The cup which was formerly referred to as the EFL Cup and colloquially, as the League Cup, is currently known as the Carabao Cup for sponsorship reasons.

City had a host of chances and dominated Spurs throughout the match.

Manchester City have won the Carabao Cup for the 6th time in 8 seasons.

They have equalled Liverpool’s record of lifting the Carabao Cup trophy four years in a row.

For Sergio Agüero and Fernandinho, it was their sixth Cup trophy. They have now broken the record for most EFL Cups won, beating Ian Rush’s record of five.