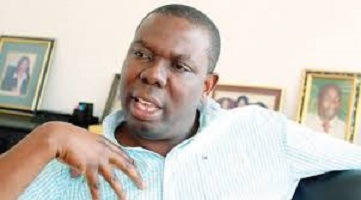 An MDC Alliance (MDC-A) Member of Parliament has unveiled a scholarship programme for the academically gifted learners in his constituency who are from poor backgrounds.

Gift Banda, who represents Njube-Lobengula in the National Assembly, launched the scholarship programme on Thursday that will benefit primary and secondary school students.

Banda said a survey conducted by the Njube Constituency Development Committee revealed that a significant number of students coming from poor backgrounds such as orphans are now being forced to drop out of school. He said:

It is for this reason why we decided to come up with this revolving scholarship programme targeting the academically gifted from disadvantaged backgrounds.

This programme targets all students notwithstanding the political affiliation of their elders at their homes.