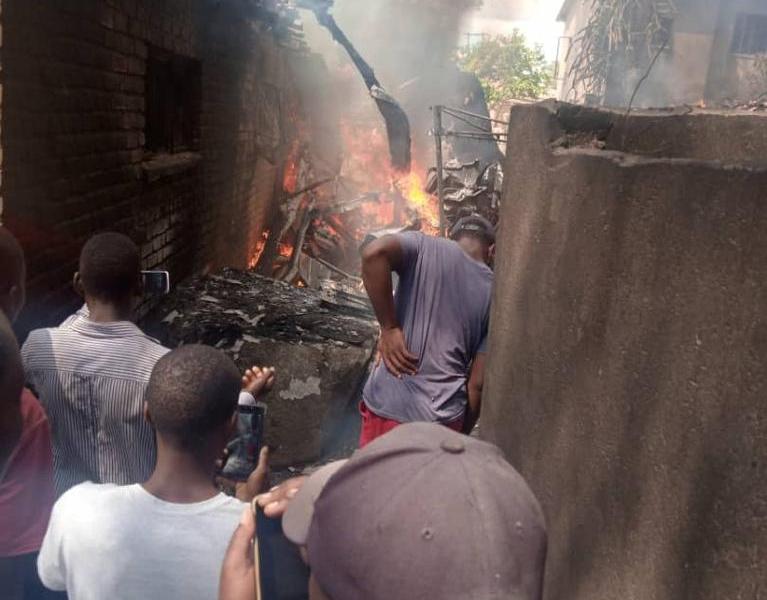 The father of an 18-month-old toddler who died when a military helicopter, an Agusta Bell 412 (AB 412) crashed onto a house she was sleeping in and exploded in a fireball in Goromonzi on Friday, said he was not at home when the mishap occurred.

Joseph Fenyere who owns Plot 2 of Gardner Road, Ward 16 in the Chinyika area of Goromonzi, Mashonaland East Province, lost her daughter Jade, while the baby’s twin sister Jada, and their mother escaped with burn injuries.

Fenyere’s other child, Dean, who was seated in the doorway when the chopper crashed, escaped unhurt. Fenyere said:

I was informed that a helicopter had crashed into the house after deflecting from a tree branch at a hilly platform a few metres away and burst into flames.

When the house caught fire, my three children; twin girls, Jade, and Jada were asleep inside, while their four-year-old sibling, Dean, was seated in the doorway.

The mother and other people on the scene initially ran away when the plane plunged onto the house but later tried to retrieve the children from the burning house.

Dilon Fenyere (19) said they tried to help the mother’s trapped children, but Jade had already died.

The mother and Jada were taken to Parirenyatwa Group of Hospitals and later transferred to Trauma Centre in Borrowdale for treatment, and were reportedly in a stable condition last night.

An eyewitness, Peter Katsago (22), said the chopper appeared to have lost control as it was flying close to the ground. He said:

I was washing a car behind the house when the helicopter appeared from the western side in the direction of Harare.

Surprisingly, it seemed to be misfiring as it nosedived at a tree branch on a hillock behind the house and deflected to a boulder, before crashing into the house and bursting into flames on impact.

The cause of the crash will be established after an aircraft accident investigation, the AFZ said in a statement.