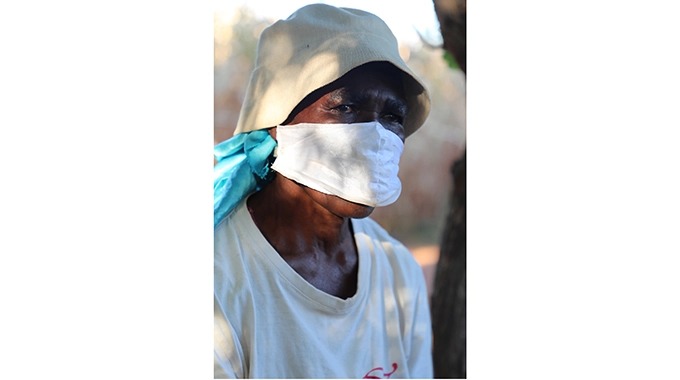 A Nyanga apostolic sect elder allegedly unleashed goblins to terrorise his wife as punishment for leaving his church last year.

Andrew Feshiti’s wife, 80-year-old Gogo Farasia Feshiti claimed that the goblins have been sexually assaulting her and she has also lost her sight as a result of the spiritual attacks.

Gogo Feshiti has since approached Chief Saunyama’s court for recourse. Narrating her ordeal before the court, she said:

I left the church last year after discovering that he possesses goblins. He uses them to gain power within the church and the community at large.

I also found out that he surrendered one of our daughters as a wife to one of the goblins.

Because of that, our daughter has been married and widowed three times. I had no option but to quit the church.

Gogo Farasia also claimed that the goblins “rape” her at night and she fears that she will die if she doesn’t get help soon. She said:

At times they appear like real human beings and sleep with me against my will.

I have since left my matrimonial home, I’m now staying with my daughter and the goblins have decided to punish me with blindness.

The goblins tell me point blank that I belong to them and that if I keep resisting their advances, they will kill me.

Meanwhile, Feshiti admitted being responsible for his wife’s suffering but assured her that she will be healed if she rejoins the church. Feshiti told the court:

lf she rejoins our church she will be healed. I will restore her sight when she repents.

There is a price to pay and in this case, it is her sight. What I have is mightier than what she has and she should not try stopping me, otherwise, she will lose.

… I am a holy man and this curse will only be removed if she repents and reverts back to be our church member. God blessed my actions.

Feshiti warned the court officials against summoning him to the court without seeking his church leaders’ permission first.

Chief Saunyama has since written a letter to the Johanne Marange Apostolic Church leadership, asking them to allow Feshiti to appear before his court.