Opposition MDC Alliance led by Nelson Chamisa has joined the nation in commemorating Independence Day and called the nation to “fight for our freedom” observing that there was no freedom to speak of yet.

The party has always argued that the ruling ZANU PF liberated the nation from British rule but later took away the freedoms they had fought for.

MDC often cites human rights violations by the state as evidence that Zimbabwe was yet to attain freedom. The party posted on social media platforms this Sunday:

The MDC Alliance joins the nation in commemorating Independence Day – a day that we cherish & respect. Yet we acknowledge that Zimbabwe is #NotYetUhuru. We want a nation that works for the many, not the few. It is time for the citizens to converge & fight for our freedom. 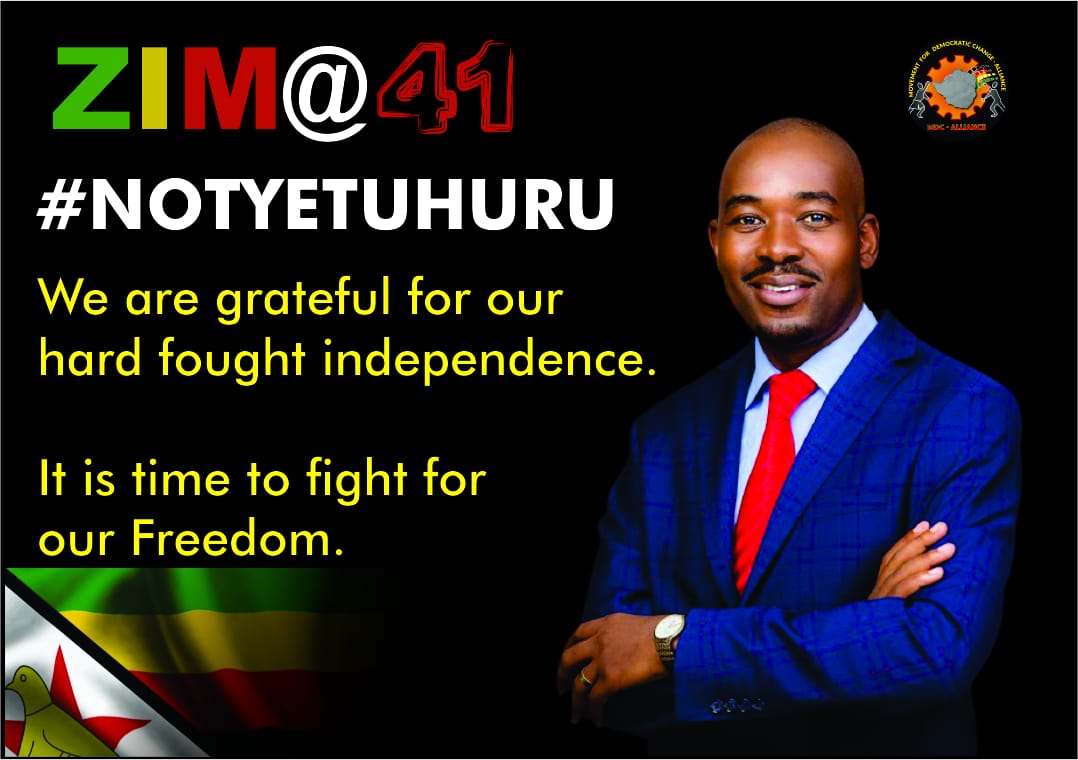 Car radios
US $55.00 Bulawayo
Laminator A4
US $70.00 Harare
Online Lessons
US $10.00 Chitungwiza
Plumbing solutions
US $20.00 Bulawayo
Repair of Plastic water tanks
Harare
Air Freshener with Dispenser
US $15.00 Harare
🧱 Building Material Available in and around Harare
Harare
Pest control
US $10.00 Bulawayo