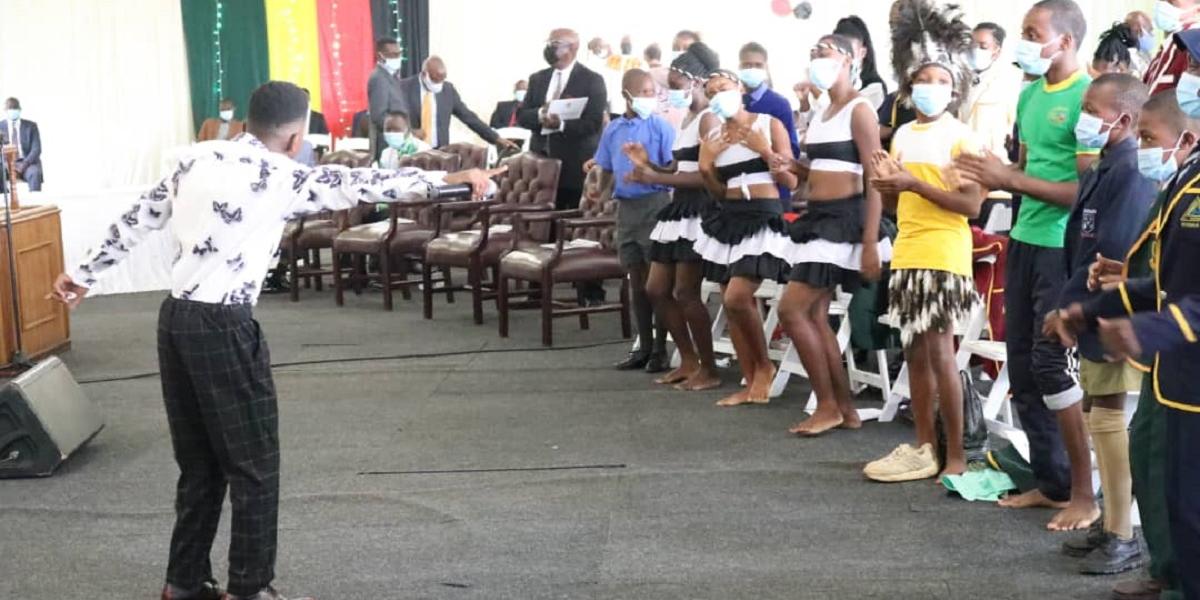 Rising musician, Herman, has been awarded a scholarship by President Emmerson Mnangagwa at the State House this Saturday.

The scholarship covers the talented musician’s tuition up to the tertiary level.

Herman was the entertainer at the Children’s party hosted by the President and First Lady Amai Auxillia Mnangagwa.

Fifty (50) pupils from across the country’s 10 provinces attended the party that is part of the country’s Independence Day celebrations and is being held in accordance with Covid19 rules.

The Child President was also in attendance.

The 12-year-old Mukombe Mupelo Herman, rose to fame when he released his single Zvandofarira, a love song that made rounds in the streets and social media avenues.

He has since released more singles and has also collaborated with Gospel artiste Sebastian Magacha.