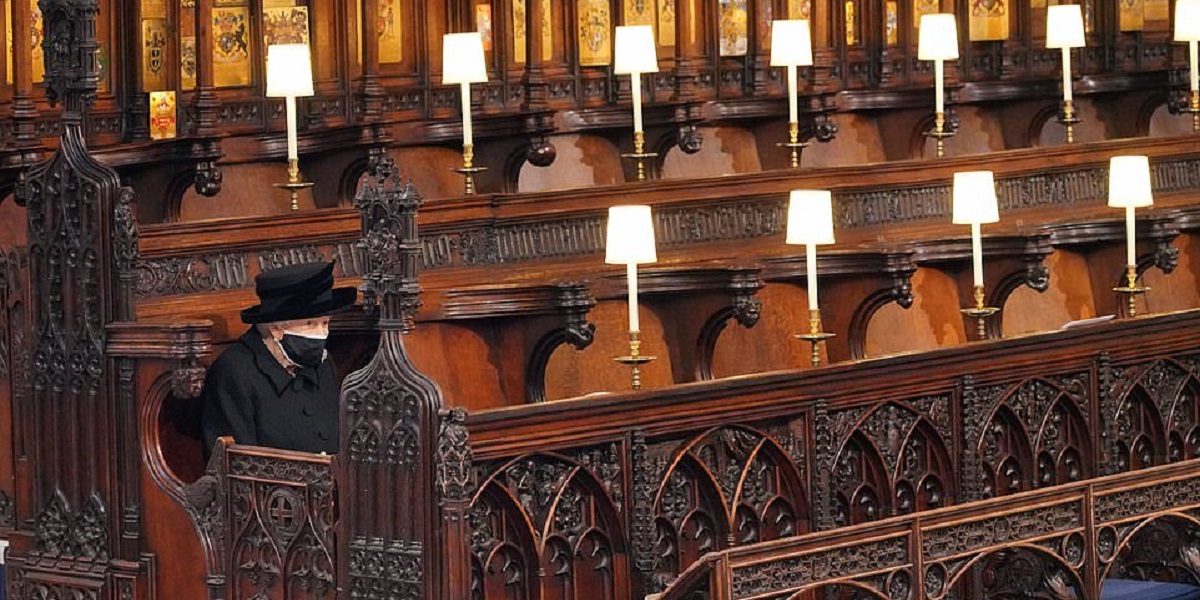 United Kingdom’s Queen Elizabeth, this Saturday left a personal, hand-written message to Prince Philip at his funeral service as she said an emotional goodbye to her ‘strength and stay’ after their extraordinary 73-year life together.

The content of the note left alongside a wreath including white lilies, small white roses and white freesia, which was hand-chosen by the monarch, is not yet confirmed.

Photos from this afternoon only show a glimpse of the note, which appears to be written on an official card from the Palace. 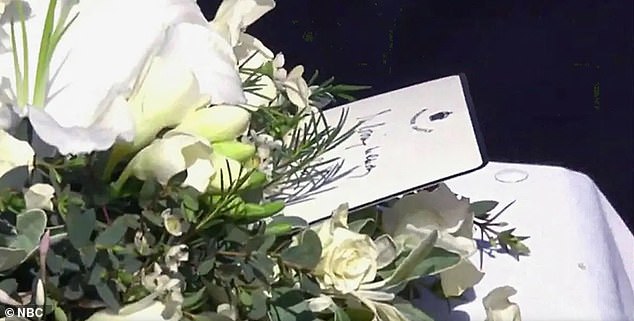 During the service today, the Queen wiped away tears and was forced to mourn alone away from her family in St George’s Chapel.

Her Majesty looked grief-stricken and bowed her head in reverence as she accompanied her beloved Philip’s coffin on its final journey while their eldest son Prince Charles cried as he walked behind the casket into church followed by other devastated royals. 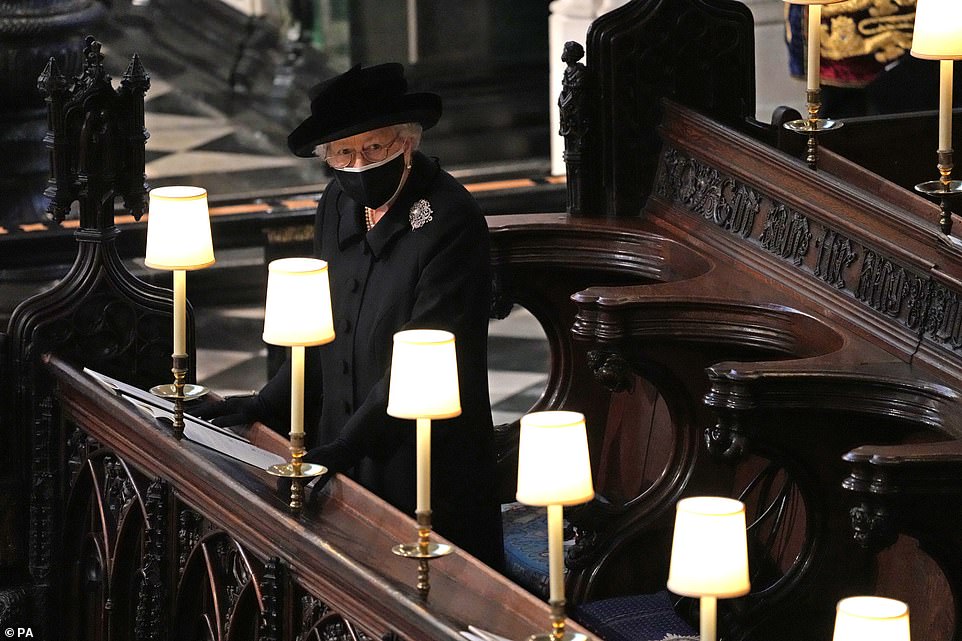 The Duke of Edinburgh’s coffin was covered in his personal standard and carried his sword, naval cap and a wreath of flowers as pallbearers placed him on to his extraordinary self-designed green Land Rover Defender hearse in the castle packed quadrangle packed with hundreds of armed personnel.

After the eight-minute procession and the 50-minute service, his coffin was lowered into the Royal Vault.