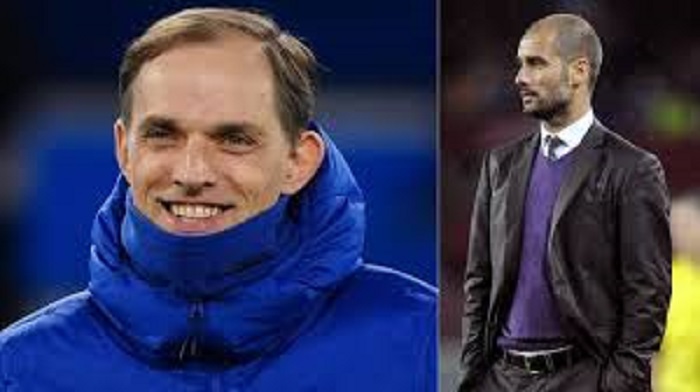 English Premier League giants, Chelsea have denied Manchester City the opportunity to win a quadruple this season after defeating them 1-0 at Wembley this Saturday.

Chelsea got their goal from Ziyech, who tapped a pass from Werner into an empty net with a routine left-footed finish from near the penalty. spot.

Manchester City boss, Pep Guardiola rotated his side, as usual, making eight changes from the cub’s last time out.

Only three players, De Bruyne, Rodri and Diasto retained their places in the starting line-up are while Steffen, who is City’s cup goalkeeper, started ahead of Ederson.

Mahrez, Gundogan and Foden all settled for the bench.

Chelsea started as the better side in this semi-final clash and thought they had opened the scoring through Ziyech, only for Werner to be adjudged offside in the build-up to the goal.

Tuchel’s men continued to dominate and went close through both James and Chilwell before Fernandinho glanced wide at the other end.

Apart from that, it has been a fairly quiet first half as both teams wandered down the Wembley tunnel level at 0-0 at half-time.

Chelsea finally got their goal ten minutes after the match had resumed and that was enough to put City to the sword.

The goal was scored immediately after City’s talisman, Kevin De Bruyne had been substituted and replaced with Phil Foden.

De Bruyne rolled his ankle over the ball against Kante on the right and that is what has potentially called an end to his game.

The result and injury to De Bruyne are both sad news for City who went into the match with hopes of winning increasing their chances of winning a quadruple this campaign.

City will face Paris Saint Germain in the Uefa Champions League Semi-Finals while they still have a chance of winning the Premier League title and the Carabao Cup.