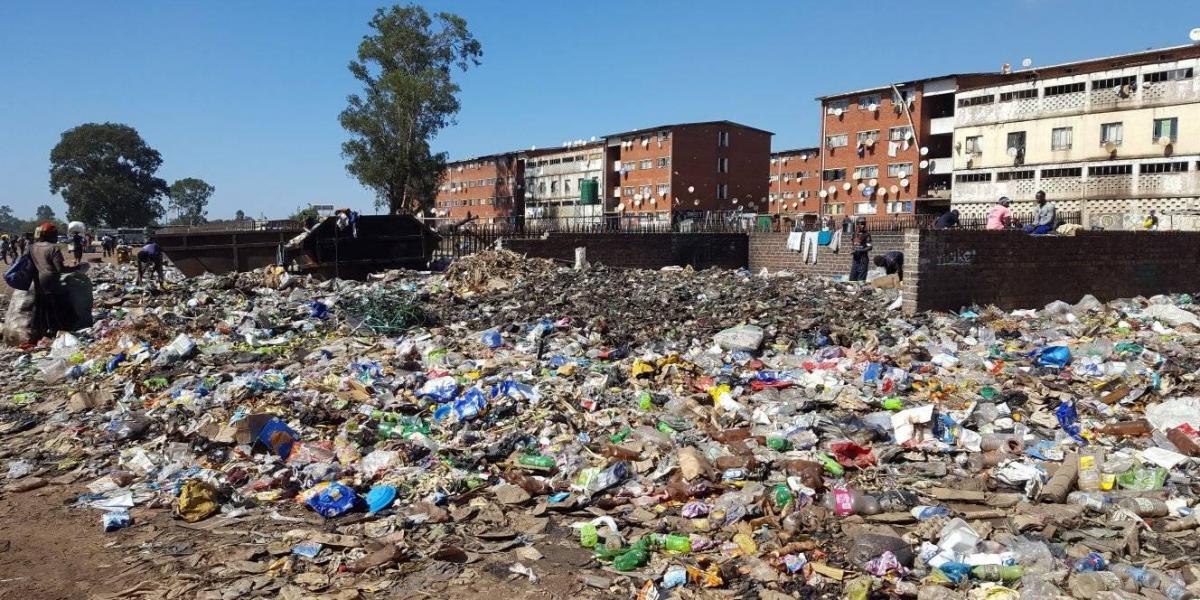 The state of the dumpsite.

A letter by the Zimbabwe National Organisation of Associations and Residents Trusts (ZNOART) to Local Government and Public Works Minister July Moyo on the state of affairs at Harare City Council.

Re: State of Affairs at Harare City Council

Our organization, a body formed by residents of various towns and cities for the purpose of advancing our collective interests following the seemingly unstoppable downward spiral of local services from local authorities and in particular, the disgraceful manner in which Harare City Council has been run in the last few years has forced us to take this matter up with you as their total and complete disregard for the law and good fiduciary management of the City is threatening to reverse all advances that were made during the early years of independence.

It is important to note that we have made several attempts to bring our severe reservations and concerns about the unacceptable management approaches that were and have been adopted by the city fathers and their directorate.

In our view, we noticed that the city was making decisions that are detrimental to residents’ interests and unless checked by senior authorities, the city is headed to complete collapse due to frightening levels of grave management misconduct and actions that violate the law and are seemingly corrupt.

We have evidence of detailed cases of corruption and to the best of our knowledge, these cases were referred to [SACU] for investigation and verification.

In all cases, the pattern that emerged was that Councilors, Directors and staff that had cases with clear evidence were arraigned but subsequently bailed and in some cases, as in the Town Clerk’s case, he was allowed to return to work even when disallowed to do so by his bail conditions.

During his illegal return to work, he met with key witnesses and allegedly removed some files and even causing deletion of information thought to be important evidence against him.

We believe Hon Minister that Harare City Council is irreparably damaged and has lost all credibility as a result of the plundering of Council resources at the expense of the residents, the economy and the nation.

Since local authorities derive their administrative authority from an Act of Parliament that is under the jurisdiction of your ministry, we believe that it is time that the central government should exercise their oversight responsibility to examine the veracity of all allegations made against the accused.

To date, we are concerned that the Unit that seems to have authority to initiate trials has failed dismally to act honourably even with mountains of evidence readily available. We are not too sure why there is such reluctance to refer these issues to the courts and have them cleared there instead of continuing to play a hide and seek game with the law.

In the past, we unearthed unsavoury arrangements between law enforcement agents and the council directors that amounted to bribes in form of land allocations that potentially frustrated the course of justice.

We therefore cannot rule out all manner of actions that might be taken to ensure that corruption is buried under the carpet of corrupt networks and cartels.

Hon Minister, you know that local authorities provide proximity to residents and citizens but when there are no longer able to discharge their responsibility in terms of the law and service delivery is no longer a possibility, the impact on the people’s lives is negatively affected and this could have a spillover effect to the central government as people begin to ask questions as to whether city councils have become a law unto themselves.

We believe that we cannot sit back and watch when the local council representatives are turning the City into a private corporation in which land has become a dividend that is enjoyed by a few albeit, illegally.

Hon Minister, these are some of our serious concerns;

2 – On the contrary, Harare City Council has destroyed all opportunities for creating well planned, integrated and resilient communities. It has succeeded in depleting greenery and the character and beauty of the city neighbourhoods through the reckless settlement of people

4 – In today’s Harare, a well-planned housing delivery strategy has been thrown into disarray by corrupt land deals

6 – Undoubtedly, the city lacks strategic leadership; zoning of areas for carefully planned development is dead and has been replaced by a haphazard system driven by greed that is pushing corruption to toxic levels
6 – There is a complete absence of good urban design, character and appearance of well designed urban centres and neighbourhoods and wider built environmental considerations

7 – Under these circumstances, we will miss housing targets by a wide margin as Harare accounts for a big number of urban dwellers that want accommodation

We, therefore, believe that the level of mismanagement and carefully planned corruption activities in City of Harare warrant your urgent and serious intervention to avoid any further deterioration of service and plunder of city council resources.

Accordingly, we come to the following conclusions and we urge you to consider them fairly and objectively in the interest of all the residents of Harare.

2 –Minister should ensure that the current initiatives by Council Sub Committees, particularly the Human Resources must be subject to serious scrutiny because there is glaring evidence that it is pandering to the interests of a specific group of directors that are currently out on bail.

All the decisions that it has made and recommended to full Council require close examination because of inherent biases and vested interests.

Some decisions being currently taken by acting managers are directed by a powerful group of directors that are on bail with a view to eliminate rivals and to create an environment that favours their preferred outcomes.

3 – In our view, the Minister must bar the return to office of all the accused until their cases have been cleared by the courts and/or an internal hearing process that is free of manipulation.

7 – In order to ensure that corruption is not swept under the carpet, the investigation department must have a dual reporting structure.

8 – In conjunction with the Minister of Justice, it might be useful to retain public confidence in the justice system if the following issues were checked closely for the elimination of doubts on the handling of cases that are due for trial or cases that have already been in court.

8.1 For more or less the same charges, there has been a trend that some people are remanded for lengthy periods while some just get bail instantly and are released. This is creating an impression that the justice system is susceptible to undue influence

8.2 We are concerned that ever since the arrest of councillors and city directors, none of them have faced trial. It makes people doubt the commitment of the government to deal with corruption especially where evidence is available

8.3 There are SACU operatives that were offered land. We fear that some city directors seem to believe that they enjoy the protection of well-placed people. If this is true, then the future of the city is in jeopardy.

8.4 It is imperative that the Minister takes a close look at the alleged victimization of witnesses as submitted on Court papers. There are suggestions that potential witnesses to serious cases have been needlessly arrested to frustrate and defeat cases due to appear in court.

8.4 We believe that justice must be fair and non-selective. The residents’ confidence in the justice system will rise if this notion is obliterated.

One Comment on “FULL TEXT: ZNOART Writes To July Moyo On The State Of Affairs At City Of Harare”