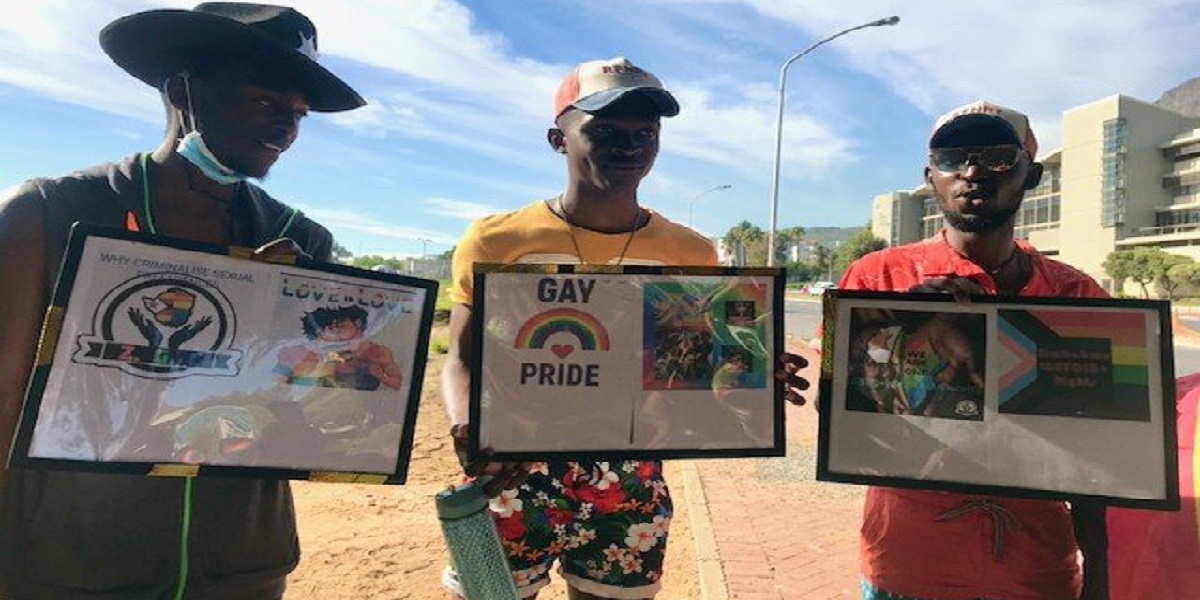 Around 20 gay rights defenders Monday marched on the Zimbabwe Consulate in Cape Town to deliver a memorandum calling for gay rights in Zimbabwe.

They had marched from Keizersgracht Street to the consulate in Kyper Street on Monday.

They met an official who told the police to block the media and to allow only three representatives through the gate to deliver their petition.

We have handed over the petition to an unknown man who chose to discriminate against us. He has refused to tell his name and sign the petition … Zimbabwe calls itself an independent country and is turning 41 on 18 April, but still … sees gays and lesbians as animals.

Musekiwa and his partner Elton Chibhebhe started the Zimbabwe LGBTQ+ Crusader movement to repeal section 78 of the Zimbabwean Constitution which criminalises homosexuality.

The march was supported by people from the Triangle Project, the Pride Shelter Trust, LGBTI asylum seekers and refugee activists Pachedu, and Queers Without Borders.

Talent Mazenge, who joined the march, and lives in South Africa, said he had suffered discrimination at the hands of his own family. He said he spent four years without talking to my family from Zimbabwe as they couldn’t accept him.

Reverend Laurie Gaum, who joined the march, told GroundUp that the group is exposed and unprotected in South Africa.
Gaum added that Zimbabwe continues to criminalise LGBTI making them desperate to leave and find safety in South Africa. Added Gaum:

The Zimbabwean government needs to step up and take responsibility for its citizens’ rights … and see to it that the most vulnerable are protected and able to access their full citizenship.

Most African countries have rejected homosexuality saying it is a phenomenon alien to the continent hence a violation of the African culture.