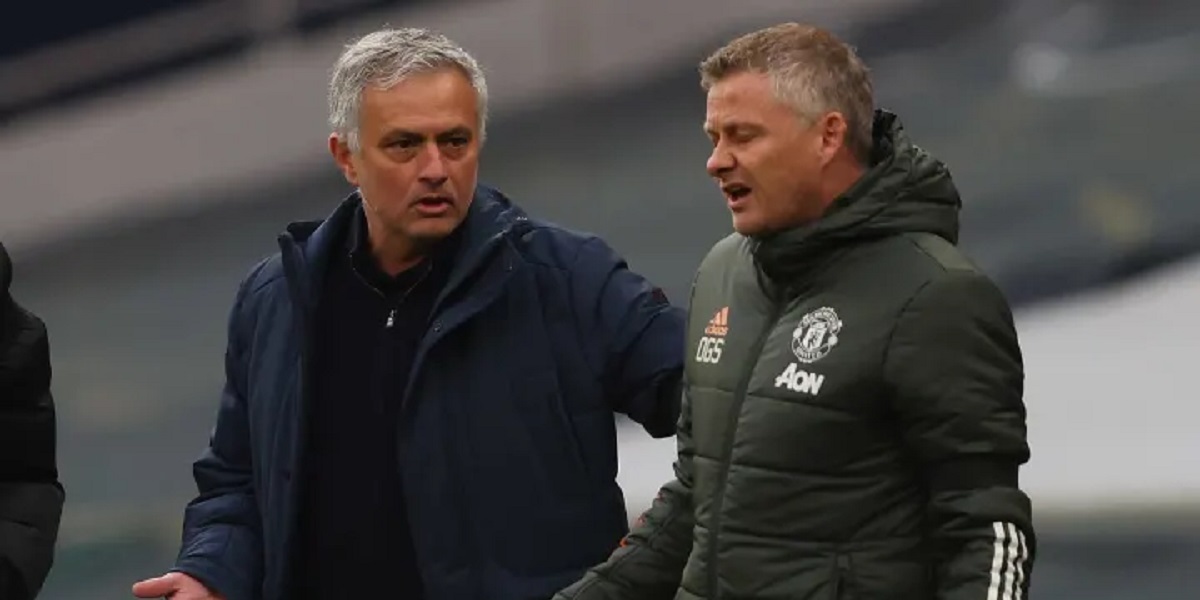 Jose Mourinho launched a bizarre tirade at Ole Gunnar Solskjaer after the Manchester United boss criticised Tottenham forward Son Heung-min.
Solskjaer criticised Son for his response to McTominay’s trailing arm that struck him in the face during the English Premier League match against Mourinho’s Tottenham saying it was uncalled for.
Manchester United came from behind to win that match 3-1. Speaking to Sky Sports, the unimpressed Manchester United coach said:

I have to say if my son stays down like this for three minutes and he gets 10 of his mates around him… if he gets that in the face from one of his other mates and he needs 10 mates to help him up, he won’t get any food.

In relation to that, I just want to say, Sonny is very lucky that his father is a better person than Ole, because I think a father – I am a father – you have always to feed your kids, it doesn’t matter what they do.

If you have to steal to feed your kids, you steal. I am very, very disappointed, and like we say in Portugal bread is bread and cheese is cheese, I told Ole already what I think about his comments.

United thought they took the lead against Spurs in the first half when Edinson Cavani struck the ball past Hugo Lloris.

However, after Chris Kavanagh was told to consult the pitchside monitor by VAR, he ruled out the goal because of a foul on Son from United midfielder Scott McTominay.

Son, a South Korean international, was racially abused online following the match with his club pledging to undertake a full review alongside the Premier League to determine the most effective action moving forward.