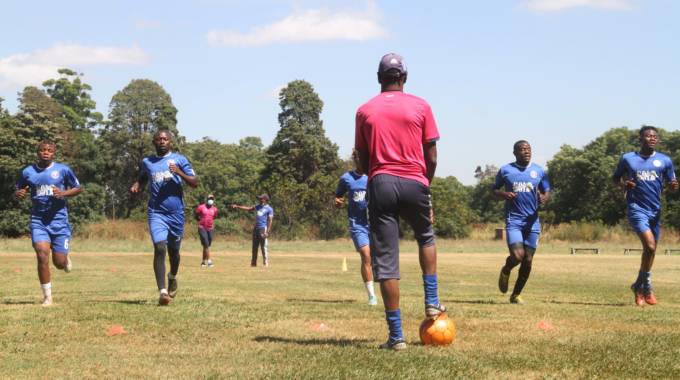 Dynamos head coach Tonderai Ndiraya is in favour of having more than the standard three substitutes when Dembare take on Highlanders next week.

The Glamour Boys have a date with Highlanders in the President’s Uhuru Cup final on 18 April at the National Sports Stadium and Ndiraya believes the players would not have attained the required fitness levels by then. He said:

We understand that we have a game next week, and the match is being played in the first week of our pre-season, and we wouldn’t have done much in gaining fitness.

By the time we play the match, we would be around 5 to 10 per cent fit. We are appealing to the organisers to allow us to use as many players as possible so that we do not pick up unnecessary injuries as a result of lack of match fitness.

Ndiraya is of the view that pride is at stake when DeMbare lock horns with Bosso in the first “Battle of Zimbabwe” in over a year. He added:

The Battle of Zimbabwe has always been psychological, but the good thing is that we meet with the same level of fitness, so we do not have any excuses; we have to do the best we can.

It is an important match for us as we celebrate our Independence and also bragging rights are at stake. We would not want to lose to Highlanders especially.

The Harare giants began their 2021 pre-season training at Prince Edward on Saturday ahead of the cup assignment, which marks the restart of football in the country after a lengthy Covid-19-induced sabbatical.