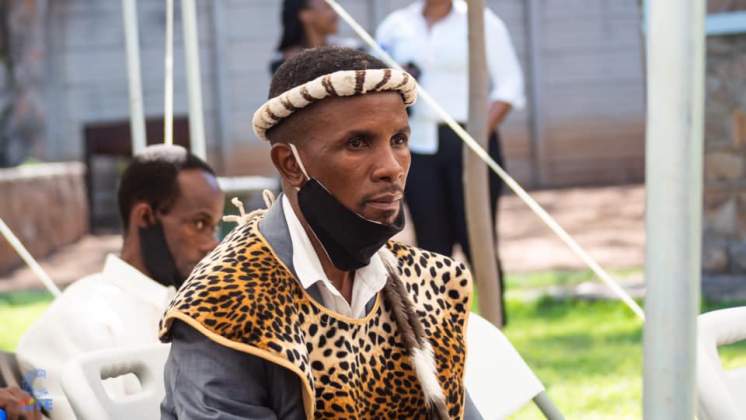 The leader of the secessionist Mthwakazi Republic Party (MRP), Mqondisi Moyo, made his first public appearance on Tuesday last week after going into ‘hiding’ for nearly a month fearing arrest.

Moyo led a delegation of his party leadership to his Gwandavale rural home in Matobo North, Matabeleland South province, where he met church and unnamed traditional leaders.

Moyo told The Standard that he was encouraged by one of the traditional leaders who was present who told him that his blood falls within the bloodline of the Lozi kingship. Moyo said:

Some members of the church, community, traditional leaders and villagers invited me and my leadership to Matobo. The meeting was nothing ordinary, but unique.

The meeting was unique in the sense that the Matobo leadership together with family members wanted to pray for and bless the MRP leadership.

Indeed we were blessed, encouraged and honoured.

The raid followed a confrontation between MRP activists and police in Ntabazinduna over a land dispute.

MRP activists clashed with police after the latter descended at Tabas Induna Farm in Ntabazinduna.

The activists had evicted Floyd Ambrose from the property accusing him of forcibly taking it from a white farmer, Brian Davies.