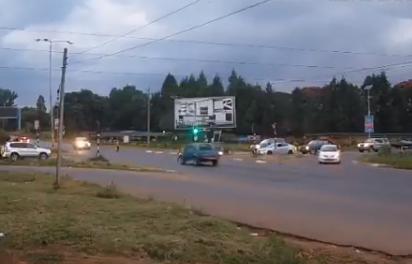 A Harare motorist who hit a 7-year-old girl recently at the intersection of Borrowdale Road and Harare Drive has appeared in court for negligent driving.

Herbert Chakanyuka (57), was remanded out of custody pending the availing of the medical affidavit of the victim.

He was tracked down by police after a video of the hit and run incident went viral.

Chakanyuka told the court that he did not run away from the scene but parked his car at a distance before he realised that the child had been removed from the accident scene.

He added he did not notice the child as he focused on the traffic lights which had just turned green.

According to a police statement, the victim was identified as Mitchelle Kamupfumo, who is said to be alive, but was seriously injured.