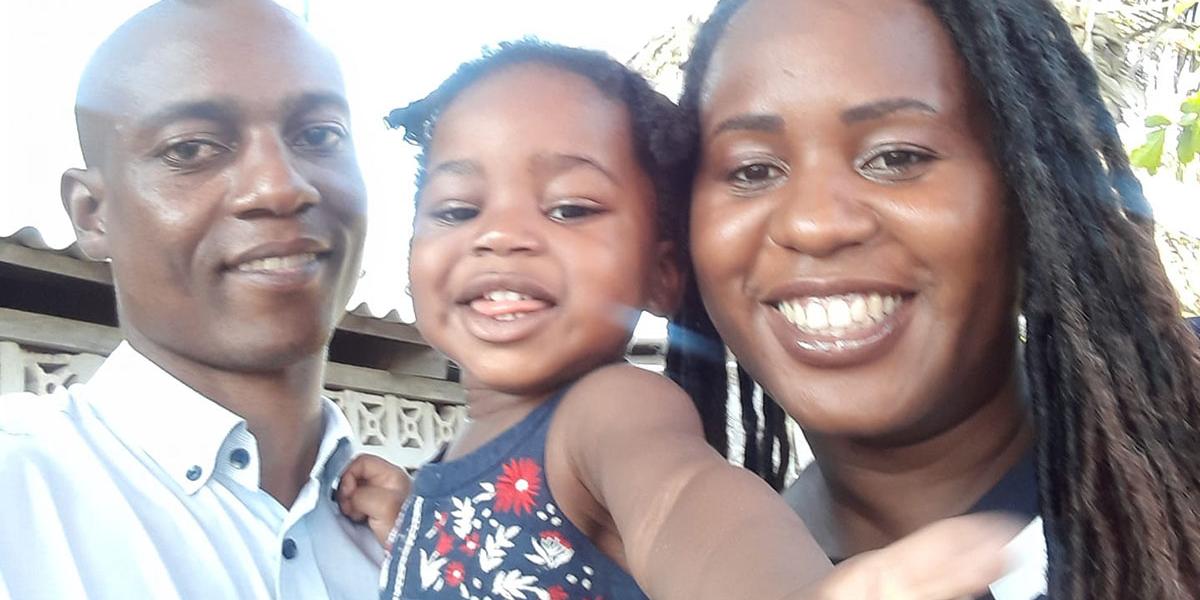 Nyasha Mugwagwa seen with his wife and young daughter

The family of a 38-year-old Zimbabwean man missing since 24 March when Islamist insurgents launched an attack on the northern Mozambican coastal town of Palma is extremely worried as his fate remains unknown.

Nyasha Mugwagwa, a father of one, was working as a catering manager for a company called Remote Site Solutions.

The company is one of the contracted companies at the multibillion-dollar gas projects being built by France’s Total and other energy companies.

Mugwagwa’s family says they were last in contact with him on 24 March, before a surprise raid by terrorists.

According to the Mozambican government, dozens were killed in the attack, including seven foreigners caught in an ambush during an operation to evacuate them from Amarula hotel where they were hiding.

Speaking to ZimLive, a spokesperson for the Mugwagwa family said:

The outcome we hope for is that Nyasha walks in through the door. If he has met any other fate, we hope the family gets closure. We’re desperate for news, any news right now.

Nyasha’s Mozambican wife, his three siblings and their mother were “deeply distressed”, the spokesman said.

He married a Mozambican woman in the town of Beira, where he usually returned after going to work on the northern gas exploration hub for weeks at a time.

Nyasha last called his wife on 24 March saying he was at the Wentworth Camp where many gas project workers lived before the terrorist raid.