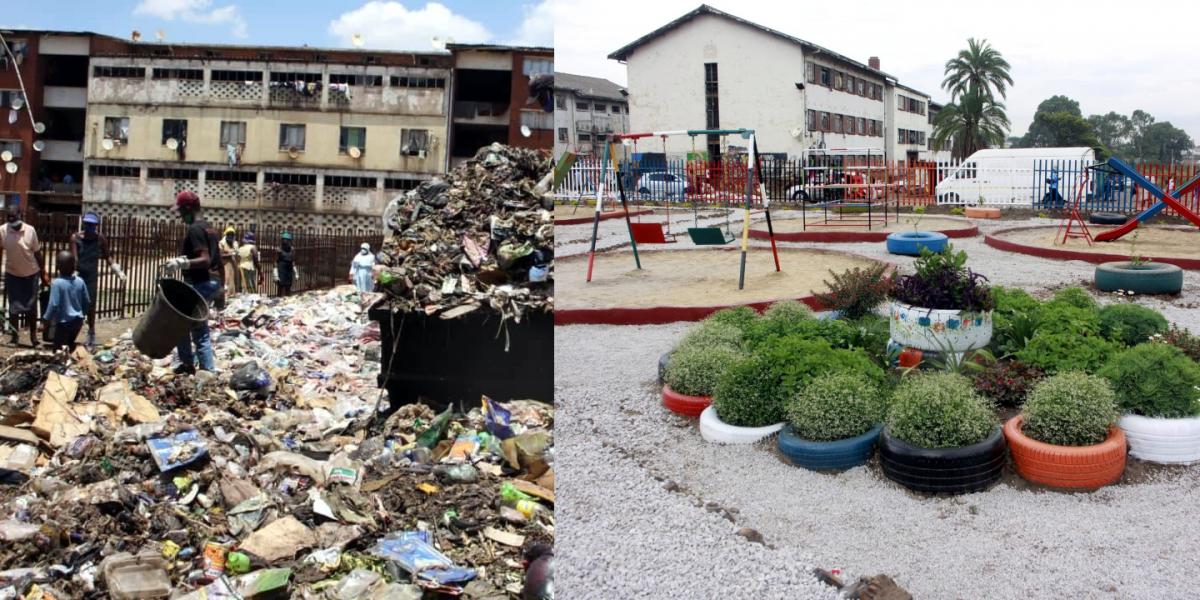 A local community trust, Team Up to Clean Up Mbare, is transforming a hazardous dumpsite into a green oasis for children to play in called Matererini-Matapi Park.

One of the leaders of the project, Yemurai Tawabarira, told Pindula that the T2CMbare project started in 2015 with regular clean-up campaigns which later evolved into the creation of the children’s park.

Over time T2CMbare coordinated clean-up campaigns conducted every six weeks managed to restore a certain level of cleanliness in the areas surrounding the hostels in Mbare. However, the clean-ups have done little to tackle the bigger problem of waste management in Mbare. Refuse tends to pile up around skip bins that are infrequently collected, resulting in rubbish piles spreading out over a large space where children frequently play creating a health hazard for them.

To address the multi-faceted problem T2CMbare requested permission from the City Council to build a waste containment area to-house skip bins, and to also transform the hazardous landfill where children were regularly playing.

T2CMbare has worked with the residents of the area to reclaim the dumpsite. Work on the park was started in 2016 immediately becoming a goto play area for children in the area. Some challenges along the way have necessitated 2 refurbishments so far, in 2018 and in 2020. The park was official opened in March this year.

The Mbare children’s park was also done with the assistance of local companies and non-profits among them Delta, Battle of the Chefs, NemChem, Rooney’s, Oxfam, Catholic Commission for Justice and Peace, and the Environmental Management Agency.

Mbare is a high-density residential suburb in Harare, Zimbabwe.

All photos by T2CMbare. You can follow the Team Up to Clean Up Mbare ongoing work on Facebook here: facebook.com/t2cmbare